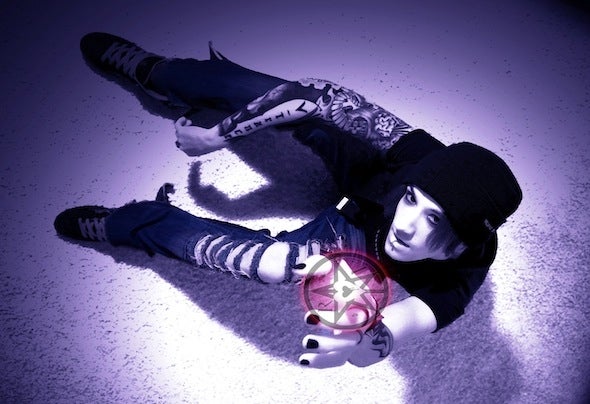 Robert Vadney is a:1) Music Composer2) Film Scorer3) Producer4) Remixer5) Vocalist6) Rock Band Founder7) DJBIOGRAPHY:Hailing from the small island of Rhodes in Greece, Robert is known the world over for creating a unique style of club music with his strange/angry/melancholic compositions. With a strange/twisted style of appearance and a rock attitude to go with it, mr.Vadney stands proud and alone as 'The King of Gothic Trance', a title given to him by none other than Paul Oakenfold which was quickly picked up on by Robert's ever growing army of fans across house, trance and gothic genres. Robert has released numerous tracks under various guises with many independent labels, some which have gone on to become underground cult classics (see Discography), he has had regular reviews in UK giant Mixmag, and can boast A list club and radio support by luminaries such as Tiesto, Armin Van Buuren, Paul van Dyk, Above and Beyond, Markus Schulz and Paul Oakenfold. Robert became an integral part of Oakenfold's 'Perfecto Records' stable since remixing Paul's song 'Not Over', which was included in Oakenfold's 'Greatest Hits & Remixes', 'Clubbers Guide: Summer 2008', 'Creamfields 10th Anniversary', 'Ibiza Annual 2008' and more. It was supported by practically every deejay and radio station in the world and featured on Armin van Buuren's radio show 'A State Of Trance' (ASOT) and BBC Radio 1, after which it was included in massive event-compilation 'Global Gathering: Festival Anthems' and was titled a 'Classic Anthem'. Recently, Robert's remix of Oakenfold's song 'Firefly' featuring the vocals of Matt Goss, established Vadney's 4th time being included in a cd compilation of 'Ministry Of Sound' (Annual 2011). He is also known for his breakthrough albums on 'Perfecto': 'Halloween Anthems', 'Christmas Anthems' and 'Shadowlove Anthems', which showcased Robert Vadney's new 'Gothic Trance' genre for the first time. With the above mentioned, came outstanding reviews, one after the other, especially after Oakenfold's mix cd 'Perfecto Vegas', which described and featured Robert as a standout, individual artist, who's craft is stunning and fresh, presenting something totally new, without being cliché and reminiscent of other artists and with an artistic voice worth listening to. Oakey also named Robert as his best producer/dj of 2008, 2010 and upcoming 2011, hailing him as the fantastic talent from Greece and even remixed Vadney's epic Trance track "Fallen Angel's Symphony".As if that wasn't enough achieved in a short time, Vadney and Oakenfold found common ground and made a song together, which will be included in Paul's upcoming album 'Pop Killer' (and among the likes of Red Hot Chilly Peppers and Gnarls Barkley), set to be released in 2011.Alongside all the heavy-hitter support, Vadney has studied Audio/Music Technology, Film Scoring and Sound Designing and holds a Bachelor's degree of 'Science in Music Technology' of Preston university.In the mean time, he decided to accomplish another thing that he loved - Alternative Rock and so he created his alter ego 'Disordered Indoors' and formed a band for the live performances.As well as his band, Robert's passion for EDM burns on, especially in his lyric-writing. With personal stories, feelings and thoughts as his ammo, Robert Vadney fires on all cylinders with each track or remix bringing quality floor-fillers or thought-provoking material to any label he releases on. Robert's EDM influence comes from a wide range of trance sounds: the more epic big room style, the goa style, the hard trance style or the more gentle progressive styles of the genre. He also has some tribal, electro house vibes and rock in his seemly bottomless bag of tricks. His vocals are also a major part and this is where his gothic influence either shines or smashes it's way through stamping the Robert Vadney sound on every production.With his album 'Dance 4 Death' set to be his most successful yet, including his mind-blowing soul-trembling track 'Euthanasia' which topped various charts and remained there for a vast period of time, Robert exploded into 2011. The next few years will see Robert Vadney touring to visit new countries, spreading his sound globally. A host of top label releases, imaginative original tracks, remixes, fresh new collaborations and his new two hour radio show 'reClublic' are what's in store for the Vadney fans over the rest of the year.2011 will see the birth and early development of his live performance concept, which will no doubt be weird, wired and wonderful!Websites:www.RobertVadney.comwww.MySpace.com/RobertVadneywww.YouTube.com/RobertVadneywww.FaceBook.com/RobertVadneyFanPage