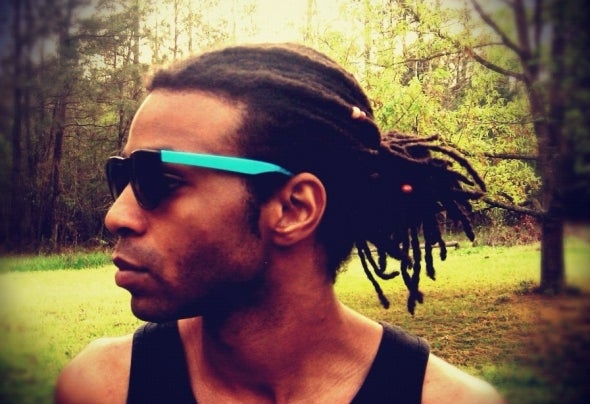 From 2002 to 2004, he produced beats for local hip-hop groups and was getting very little pay but some well appreciated local exposure and respect. Realizing aside from the money issue, the sound wasn’t what he wanted to be recognized for as a whole and the lyricists soon stopped working with him. Late 2002, He was introduced to electronic music through a long time friend of his in school taking the EASTlab course. He acquired DJ Tiesto’s In Search of Sunrise compilation discs and later compilations from Oakenfold, Nick Warren, Sasha & John Digweed. Aside from these huge influential jocks, some of the producers that stood out for him was Max Graham, Perry O’Neil, James Holden, Timo Mass and many more because of the atmospheres, textures and overall moods they produced. He then started to mimic the beats and sounds he heard until a sound of his own started to evolve.Having learned to play the drums and having a love for metal music, he made other musician friends and soon joined a band titled INA in 2005 , which had well local support playing live shows around the state and exclusive local sessions.After a few years Jeremy realized that there were artistic boundaries within the band and one person wanted control over that boundary. T he band broke up in late 2006. And Jeremy moved on to focus on what he loved most; music production. In early 2005, he started an alias called Solarrain which saw no releases but got radio support from Chris Chambers on his Elevated Progressive show on DI.fm. This break through, made him realize the potential in his work. Even though, trance was the direction he was trying to push for, a more progressive sound seemed to be emerging from his work. Since then, he’s been hard at work, coming up with a more progressive sound but never ruling out the trance like atmospheres.With this direction he has gained the support of some of the biggest DJ and producers in the world such as Paul Oakenfold John '00' Fleming, Markus Schulz, Wellenrausch, Gai Barone, Basil O'Glue, Styller, Aaron Camz, Tucandeo, Aerofoil, Danilo Ercole and more.