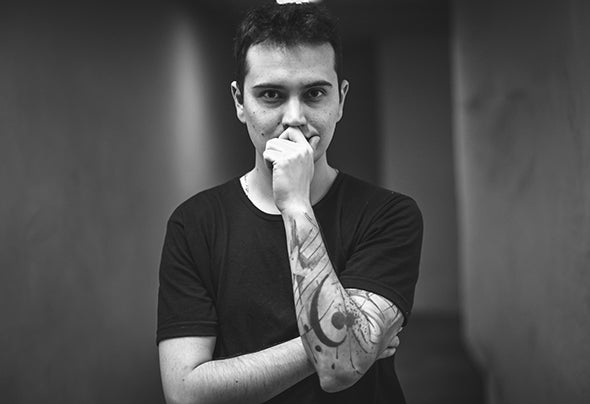 Lucas Rossi, dj and producer born in the city of córdoba on May 7, 1988. His interest in electronic music was born around the year 2000 listening to house and trance and then evolve into the genre that now characterizes it is the progressive house, listening to its main referents as Hernan Cattaneo, Nick Warren, Sasha, John Digweed, among others. Today he is one of the dj's and ascendant producers of the genre in the city since the beginning of his career in 2011 where he has had the possibility of taking his music to cities such as: Budapest (Hungary), Buenos Aires, Rosario, Tucumán, Misiones, Mendoza, San Juan, among others. Also added to his participation during 3 consecutive years in the largest electronic music festival in the interior of the country "Music in the Desert" alongisde Eelke Kleijn, Sam Paganini, Marc Houle among others. During his career he has shared the stage with great artists of the national and international scene such as Henry Saiz, Fernando Ferreyra, Thomas Gandey, Soundexile, Nick Varon, Jimmy Van M, Martin Garcia, Lonya, Cid Inc, Brian Cid, Sahar Z, Robert Babycz , Cubicolor, Stelios Vassiloudis, Eelke Kleijn, Khen, Chicola, Roy Rosenfeld, Dimitry Molosh, Eli Nissan, among others. His music has been released on labels such as Black Hole Recordings in the legendary compilation "In Search Of Sunrise 14", The Soundgarden, Dreamers, Lowbit, Particles, Soundteller, Dopamine, OnedotSixtwo, just to name a few. his work as a producer continues to grow with the support of renowned artists such as Hernan Cattaneo, Nick Warren, among others. Lucas also has a radio show called "Different Minds" on Frisky Radio.