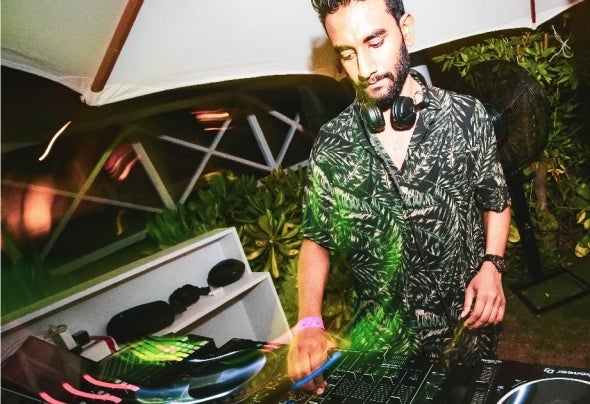 There’s no doubt that India is becoming a breeding ground for electronic music. Greenage is one of many Indian artists coming into their own. Living in Goa (India) where music is part of the local culture ever since the rst hippies discovered this paradise. Goa being the one of the initial inspiration towards trance music, was the catalyst that made him get into electronic music at a young age of just 12 years old. Through the years, Goa started opening up to various other genres like electronica, ambient & chill out. Seeing other artists perform with their own electronic instruments inspired him to start working on his own music. Greenage's sound can be dened as powerful, melodic progressive, deep with driving hypnotic rhythms . It is music that is lled with emotion, inducing euphoria, with a strong emphases on infectious, rhythmic energy, setting dance oors alight. In the space of a just a few years, Greenage's productions and releases have entered in the Top 100 Beatport charts on number of occasions, his production simply has no boundaries and he has never set his music under one particular style. His productions have found itself in labels like Balkan Connection, Stellar Fountain Records, Juicebox Music, Soundteller Records, Clinique Recordings, VaronA, Majestic Family Records, The Purr Music, and many others. On top of that, his music has crossed the globe and can be heard in most of clubs in Europe and North America and also popular in most "A" list DJs, including industry heavy weights like Hernan Cattaneo,Nick Warren, Olivier Weiter, Markus Schulz, Dmitry Molosh, Airwave, Max Graham, Marcelo Vasami, Graziano Raffa, Mariano Mellino, Rick Pier O'Neil (RPO), Praveen Achary and many others.