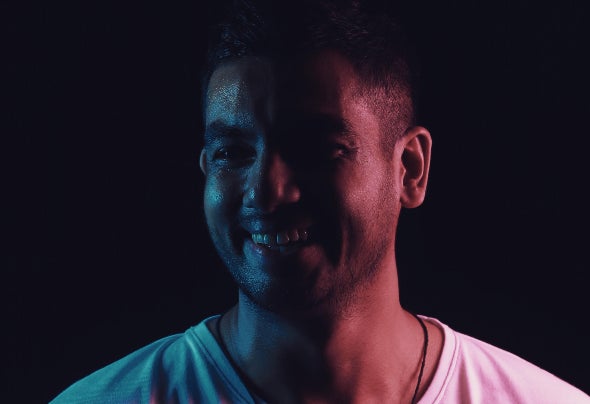 A-Jay is an electronic music Producer and DJ based in Sri Lanka. His special spin on funky tech, minimal tech, tech-house and deep techno have garnered him a name as one of the freshest sounds in the region today.A decade ago, A-Jay began to discover his passion for electronic music, closeted in the confines of his bedroom experimenting with Virtual DJ and TRAKTOR, he began to play around with hip-hop beats and grooves, teaching himself the craft of music production.In 2010, A-Jay’s discovered house music. Hip-hop abandoned, he began to experiment with EDM, learning from other expert DJs and producers of the craft in Colombo. The following year, A-Jay saw himself on the decks for the first time, dropping a tech-house set to what would go on to become his first fan base.Today he has over 15 original releases and remixes, signed to record labels across the world. He has also played alongside some of the biggest names in the industry, including Above & Beyond, Jay Tech, Manuel De La Mare, Dinka, Marco.V, Eve Carey, Jeremy Orlander, Kintar, Hollen and Olivier Giacomotto, among others. Recently, one of A-Jay’s originals were also dropped by maestro Stefano Noferini on his radio show in Italy. In December 2016, A-Jay’s remix of Gold Finger (StoKed) made it to the #3 position on Beatport’s Top 10 Minimal Tech releases for the year.A-Jay’s sets are filled with raw energy, delivered with a smile. And you can’t help but move to his addictive groove. His infectious personality and undeniable taste in music are a lethal combination for biggest of events and wildest of nights.