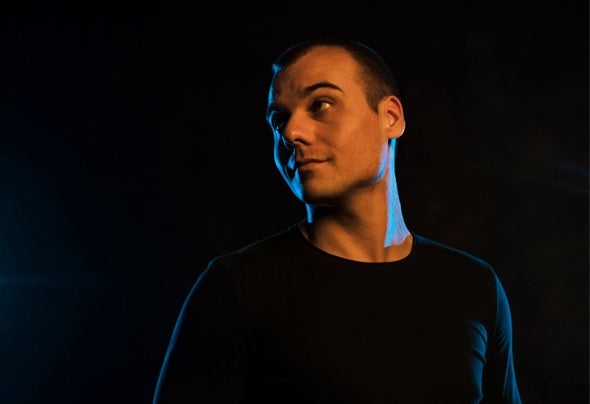 It’s de nitely fair to say that Serbian talent Veljko Jovic is a hardworking artist and one of Serbia’s nest techno music producers of the new age. DJ Veljko Jovic started DJ-ing when he was only 14 years old, shortly after that he went into music production. His inexhaustible creativity in the studio makes him one of the most proli c artists with more than 100 references on labels such as Funk'n Deep, Yin Yang, Renesanz, Patent Skillz and many more. After releasing a few huge releases on mighty Yin Yang records and reaching #1 best selling release on Beatport Hard Techno genre he continued to bring quallity tracks focused more on futuristic, melodic and experimental sound. Speci c aprproach in music production and track selection, abillity tocreate and perform his music in a lot of different ways, from dark and minimalistic, to filled with emotions and rich melodic sounds made him become instantly recognisable and different from other techno artists. Amazing involvement in music production got him many great gigs, both clubs and festivals around Europe. When DJing, he’s known for his technical skills for mixing different genres from warm organic sounding house to modern progressive, minimal and digital techno sounds, which turns people into a red-up crowd, no difference if it is small club room, or a huge open-air festival. In order to create a platform where music will be without borders he founded I AM DIFFERENT in June 2016 as a cluster of ideas in a constant search for a different kind of sound, a characteristic identity and an artistic view of the world. It was formed as a record label which presents the real culture of electronic music through its artists' releases, while supporting the idea of difference, equality and originality. Far from comfortable, Veljko has always remained faithful to his career as a multidisciplinary entrepreneur, and to date continues to surprise year after year with new and exciting ideas.