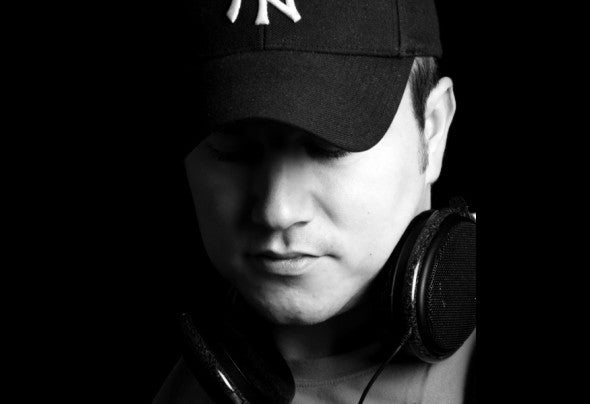 Namatjira a.k.a. Joost van der Vleuten was born in the Netherlands in 1978 and developed a passion for music at a very young age. Having landed a job at a local radio station at the tender age of 13 he nurtured a dream to be a radio jock, but soon turned his attention to making his own music. Initially inspired by Dutch DJ Sander Verhaar (Sandstorm) (producer of remixes & yearmixes for national Dutch radio station 3FM), Joost decided that remixing existing songs was the way forward - but after just a few remixes, in 2004 his first production 'Golana' was born and went on to feature on a Clubcharts.nl compilation. After this first success, Joost's career went from strength to strength. Producing under the aliases DJ Platypus, Latigidi and Seven Senses, he released productions on Green Martian, Remark and Progrez. A big break in 2006 saw the mighty Markus Schulz sign the Joost Van der Vleuten track 'New Horizon' to his label Cold Harbour Recordings, while a collaboration with Johan Vermeulen (aka Redshift) created the trance monster that was 'Blue Mountain'. Feeling a desire to diversify his sound further, in 2007 Joost began producing as Namatjira. Success was swift; the track '1000 Of Years Ago' was featured on Armada Music's imprint Cyber Records, featured on several compilations and picked up support from some of the world's biggest DJs, including Tiësto. After that, signings soon followed on labels including Visa Versa Music, T.U.S.O.M. and No Smoking Recordings, and Namatjira releases were supported by trance and progressive house superstars alike, including Paul van Dyk, Tiësto and Hernan Cattaneo. Deciding that the Namatjira direction should be deeper and less trancier than his other projects, Joost took increasing inspiration from artists like Hernan Cattaneo, Sasha and John Digweed. The 2010 release 'Late At Night' on Mistique Music was supported by some of those idols, including Sasha, and helped to put Namatjira's new style of deep progressive house firmly on the musical map. More new Namatjira releases followed in 2011 on Toes In The Sand Recordings and Mistique, while a new track under his Joost Van der Vleuten alias, 'Beautiful For One Day', was strongly supported by Markus Schulz, featured on several compilations and released on High Contrast Nu Breed. But the powerful pull that Namatjira held over Joost's heart won out, and in 2012 he decided to put all of his other projects on hold and focus his full attention on Namatjira. And it hasn't taken long for his decision to be validated; 2012 to date has seen him release on Mistique Music, Particles and Lowbit Records. Both his Particles release,'Broken Butterfly', and his Lowbit release 'Fallin' - a collaboration with Royal Sapien - were featured in Beatport's Top 10 Must Hear Progressive House Tracks, and have won support from some of progressive house's leading lights, including Hernan Cattaneo, Dennis Ruyer, Nikko.Z, Kassey Voorn, Pete McCarthey, Embliss, Fernando Ferreyra and many more. After such a stellar 2012, Joost wasn't going to stop and rest in 2013! A second collaboration with Royal Sapien was released on Lowbit Records, an EP on Spring Tube Limited received huge support from the likes of Hernan Cattaneo and remixes for Birkenmeier (Subwoofer Records), Matias Chilano (3rd Avenue), Marc Poppcke (Crossfrontier Audio) and Andrew Benson (Particles) also added to Namatjira's prolific discography. With his unique brand of sophisticated, stylish and superbly crafted progressive house catching the ear of some of the biggest names in dance music and a slew of new releases coming soon on Asymmetric Recordings, Perspectives Digital, Dopamine Music and more, it's no wonder that Namatjira's records are making their way into the collections of every major progressive DJ.... Last Edited: Sept. 2013 Biography rewritten by Lucy Blair based upon the earlier biography written by Joost van der Vleuten & Maarten van Oosten.