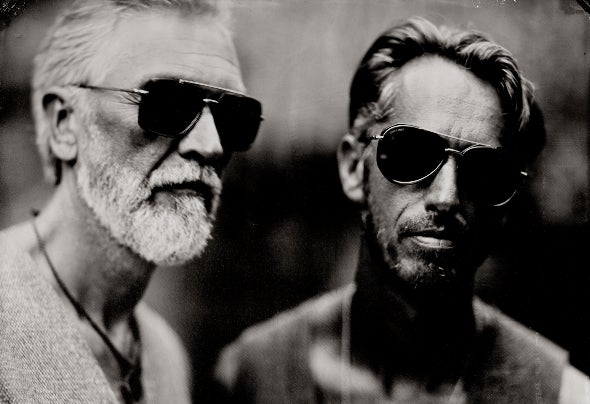 Sagou is the older half of the duo Sounom & Sagou who are two soulmates from the Netherlands. They have been releasing their music on Babiczstyle, Or Two Strangers, Modern Agenda, Manual Music, MNL, Cinematique, Kamarad Meyer Musik, Baroque, Flemcy Music and many more. Their releases have been supported by Robert Babicz, Hernan Cattaneo, Miss Melera, Eelke Kleijn, Jamie Stevens, Gai Barone and others and they have worked together with the following artists: Kamilo Sanclemente, Boss Axis, Golan Zocher, Tim Engelhardt, Danny Lloyd, East Cafe, Paul Hazendonk, Mario Hammer, Juliane Wolf & Robert Babicz. For more than 5 years they were monthly residents at the HeavensGate Deep Show on www.di.fm in which they played a one-hour-mix accompanied by a guest mix by dj's like Guy J, Steve Parry, Estroe, Brian CID, BOg, Tripswitch and Stan Kolev. Since December 2018 they are proud to have their own show called 'MelodicLab' in which they explore the boundaries of Melodic Techno, Progressive and Deep House. They performed in local clubs in the Netherlands and in Germany (as they live near the border of these two beautiful countries) and on festivals like Dance Valley, Sneakerz, Loveland and Nature One. Furthermore they play every year live on Ibiza during the summertime. "Our love for music brought us this far and we are always trying to explore new horizons. Besides that we also like sunny days, tapas and tequila gold (with cinnamon and an orange slice)." -Sounom & Sagou-