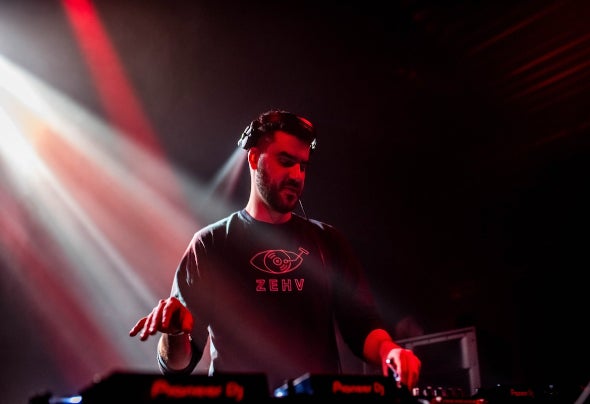 Starting his musical career at an early age as a trained blues guitar player, Zehv has always had music flowing through his veins. In 2014, after attending Ultra, he swiftly transitioned into experimenting with music production and live mixing, and quickly established himself as a unique artist within the Electronic music scene. ZEHV holds some iconic venues within his live performance portfolio. Having played at some of San Francisco’s best clubs like: Halcyon, Audio, The Midway, and The Great Northern, he later reached new heights when relocating to New York City and playing at venues such as: Avant Gardner, Bogart House, and Quantum. ZEHV has shared the stage with renowned names like Pete Tong, Sebastien Leger, and Joris Voorn and has become known for his lively and energetic performances. Alongside his DJing, ZEHV has been constantly busy with production, showcasing his distinctive blend of Progressive House with his roots in Rock and Blues music, and putting his signature sound on a string of powerful releases that climbed the Beatport Top 100 charts and gathered the support of heavyweight tastemakers like: Guy J, Fehrplay, Gabriel & Dresden, Roger Shah, Matt Fax, Cristoph, and more. ZEHV continues to impress with every release and live performance, proving he’s a name to keep a close eye on.