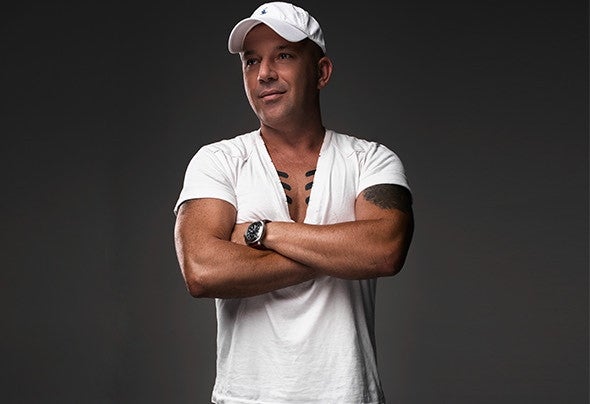 Andew first stood behind the DJ counter at the age of 14. The music of Kratwerk, Jean Michel-Jarre, mesmerized the young man at the time so much that he became obsessed with music. From here, events were about to happen extremely fast. At the age of 17, he played in the best clubs in his country. And a few years later, he played with names like Hernan Cattaneo, Satoshi Tomiie, Dave Seaman, Julien Jeweil, Anthony Papa, etc. Over the past 20 years, he has won numerous national DJ competitions, such as the Pepsi Sztárcsináló (Pepsi Starmaker), where he has triumphed over nearly 3,000 contestants. He placed 2nd at the DMC Word DJ Championship Gala of Hungary which is the world's most prestigious DJ competition. Every year since 2010, he is among the best ones of the Ballantines Music Award Top DJ Hungary. And in 2015, he was chosen as the Top Ungerground DJ. Andrew soon realized the possibilities in music writing. In 2005, even his first author's album was nominated for the most prestigious music award, the Hungarian Grammy Award, which he managed to receiv 6 years later for his third author's album. He also makes music under several pseudonyms and has appeared with such well-known publishing companies in recent years such as Toolroom, Yoshitoshi, 1605. He has been one of the most popular disc jockeys in his country for 10 years His motto! “I feel good when I improve a little every day!”