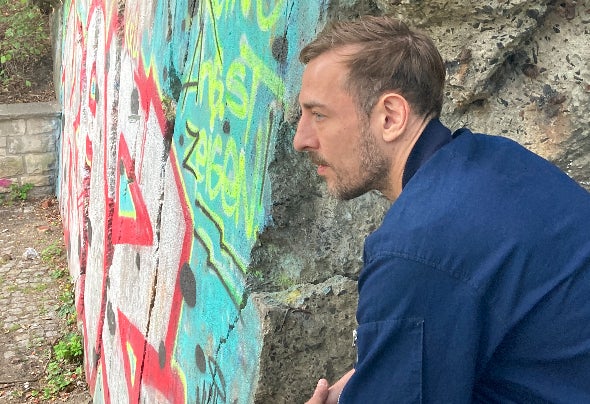 “We should consider every day lost on which we have not danced at least once.” Marco Perschon, aka MPathy, developed a strong interest for electronic music at a very young age. Growing up in the city of Berlin he was highly influenced by the electronic music scene in the 90’s. He later spent a couple of years in Chicago and also in Shanghai where he got involved with the local electronic music scenes, which ultimately shaped his outlook on electronic music today. With Techno music and DJing being his greatest passion for a long time, he started to work on his own productions in 2008. Since then he has produced Techno, Tech-House and Minimal music for various record labels. After finishing his audio engineering studies in 2012 he joined the Berlin based Deep House label Steyoyoke. MPathy is responsible for the first and most successful Steyoyoke release in collaboration with Antonio Olivieri, ‘If I Were Music’. He has also done remixes for Soul Button, Florian Rietze, Sasch, BLANCAh and Animal Picnic. In the summer of 2013 MPathy made his solo voice heard for the first time with an established and rousing EP ‘I’m Yours’ for Steyoyoke, a collaboration with the seductive vocals of the highly talented singer and songwriter Amy Capilari. With so much more to come from this young artist, ‘Iʼm Yours’ is testament to the philosophy that drives MPathy forward. MPathy is eager to push off in his own direction to continue to both challenge and provoke existing concepts of making unique and forward thinking music.