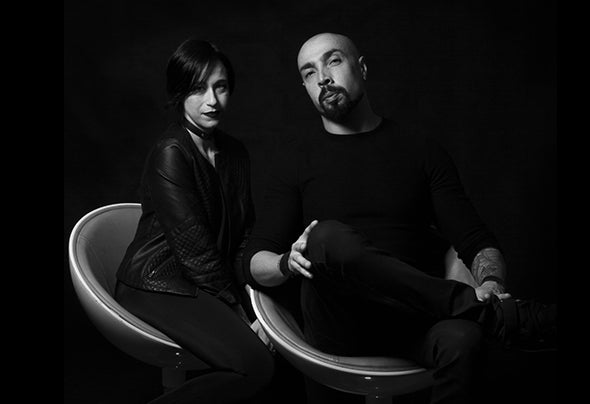 Rene and Camila are the union of two parallel forces that have the same intensity, applied to the sound system translated as Binaryh.The duo seeks to create their music with freedom and excitement. As a set in two voltage levels, all their sounds are based on two numbers that make possible the harmonization of the most obscure elements that exist in the sound realms: organic, digital and analog.The principles that connect both artists in a unique code do reverence a mathematics and technology era, and the result of the whole process is a techno marked by life- giving basses and prodigious melodies, which sheds light on the beauty of darkness. Their music are carefully architected to share an constant and increasing atmosphere, synthetic lines of code written with feeling, a touch of poetry in the middle of the shadows.Discovered by the German label Steyoyoke, Binaryh was invited to join a select family, and were the first Brazilians to release on their Techno branch, Steyoyoke Black. In just one week, the debut EP "Primary Code" was among the Top 40 Techno Released on Beatport.