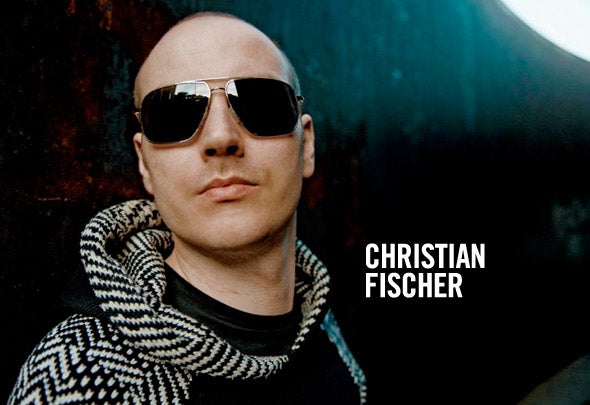 Leipzig original Christian Fischer, DJ and producer for over ten years by now, is renowned for his hybrid and flexible, heavy-hitting yet fragile techno style that oscillates between anthemic house and seminal electro while also embracing the most frantic frequencies. His breathtaking flexibility and scope is down to Christian's residencies where Fischer honed his skills, amongst them at Leipzig city's famed Distillery club. Running the successful imprint Definition Records, which has become an integral part of the international techno scene over the years while growing into a varied outlet that has helped to shape the movement, Christian is not one to shy away from stylistic advancement and technical innovation. Being one of the first who embraced new DJing technologies such as Final Scratch, Christian's melody-driven, uplifting and progressive sets are legendary. Fischer, who jump-started his career on the befriended Statik Entertainment label and has since released celebrated EP on imprints as varied as Craft Music, Patterns, Abyss and Whirlpool Sex, teamed up with colleague DJ Murphy, the sensational turntable talent Fischer unearthed on one of his countless Brazil tours and signed for his label straight away, to produce and play under the moniker Deckmonsters. With their crazy turntable tricks, they are breaking every preconception what a DJ set could be like. They released their first longplayer in 2008, which is now followed by Christian Fischer's solo debut album "Bryzant Games" out now on Bryzant.