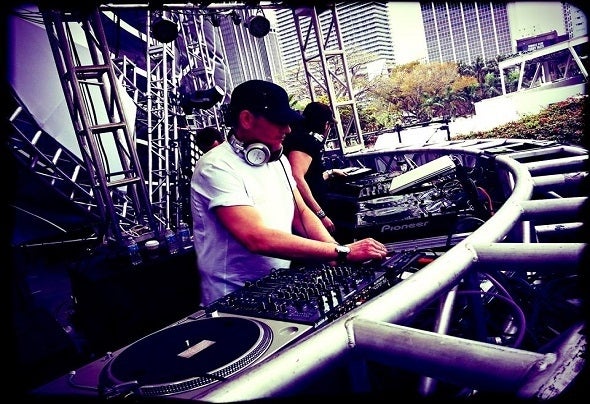 Phunk Investigation (Dino & Stef) is a duo formed in Italy on the year 2000, well known for their incredible mainstream work with George Michael 'Flawless' and The Ones to their skillfully crafted club grooves and dubs. Both are DJs & music producers.In the past three years Phunk Investigation with their productions of the highest level are definitely top seller on Beatport after many N°1 position in different genre as '' From the Dust'' (1605) Techno Chart to ''Critical'' (Great Stuff) #7 on Top 10 overall beatport and #1 on House Chart. They have been Guest Djs in the best clubs in Europe and around the World as UMF, BCM Planet Dance, Vessel, Circusafterhours, Big Festivals and many others. Consolidating their fame at an international level.Their trademark sharp synths have been morphed into a funk nightmare, while the beefy production and intense breakdowns show us why no one should mess with The Phunk.The Duo Phunk Investigation is well-known for their music style House and Tech-House thanks to their collaborations and remixes with some of the top profile DJs as John Acquaviva, Danny Tenaglia, Robbie Rivera, Boy George, Dj Dan, EDX, BT, My Digital Enemy, Luigi Rocca, Federico Scavo, Hoxton Whores, Jerome Robins and many others. Phunk Investigation are supported by Umek, Avicii, Axwell, Dirty South, Roger Sanchez, Moguai, Robbie Rivera, and many othersTheir bottom line push 100% street up unique House & tech house sets.Music for fans, lovers of a piece impervious to the logics of mass-production.