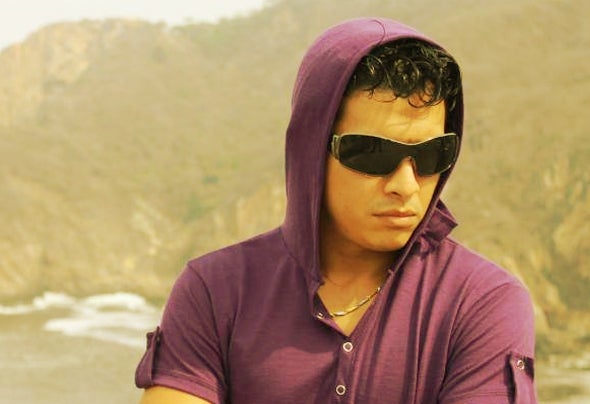 He was born in Acapulco City- Mexico in 1985, at the age of 15 years already played with two Technics plates and a mixer. Soon after already he played in some homemade celebrations and of there, his influences, his tenacity and his desire to learn took him to touch in a lot of Clubs of Acapulco.Dj Marco Jr a.k.a Tek DiLuxe became immediately in one of the youngest promises of tornamesas when he developing energetics sets full of force and character that inmediately connected with a new generation of clubbers which they looked for new sounds and styles. Simultaneously he developed his facet like Producer, innovating in the Progressive and the Tribal working together with present rates always considering the variants that appear in the evolution of the House Music and the new electronic tendencies .In April of 2009 Marco Jr becomes in Tek Diluxe, nickname that allows him to evolve to Tech House. The Colombian Label Overline Record serves him as a platform to present his track 32 Bits, theme which surprises own and strange when being placed in First one of unloadings in Top 10 of Beatport the music store dance in Internet with greater penetration in whole world obtaining various records: To become in first Latin American in positioning himself in number one, and to be the only world..s producer that stayed in 1 of Beatport during a complete month.With this is clear that Marco Jr is an important part of the new Dj's generation that will put in top the name of his country, in the future, it will be a reference inside Dj Mexican culture and surely we will have more and better music thanks to his work.