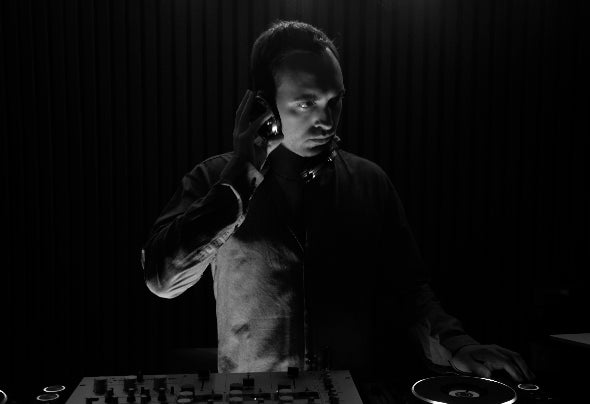 Playing music is one of the best feelings in life for Ricardo (Rigi) Gil Portela and it is because there is no other feeling or sensation like that, that he decides to become dj Rigi. With more than eighteen years of experience Rigi assumes himself as an experienced dj and producer, perfectionist about his work and passionate about electronic music. A music lover, always in search of the perfect beat. His style is based on the most organic and soulfull House combined with a progressive melody and the crispness of techy hi-hats (so charatceristic in Tech House), always composed of a good groove. A DJ who acquired international status in 2012 by participating in an official event at the WMC (Winter Music Conference) in Miami, Rigi, since then, has never stopped, having played in the most emblematic nightclubs on Portuguese soil (Estado Novo, Via Rápida, Gare, Club Mau Mau, House Club, among others.) He has also participated as a DJ in official events such as Lés-a-Les which allow him to run the country from north to south and spread his art and music. He is also very proud to had the opportunity to play at the famous Le Poly, in Paris (France). As a producer he signed on some renowned labels including: 96 Musique, Roton, PPMusic, Bedroom Muzik, Jungle Tekk, Miniaturesrec, Roja Records, among others. He also has the privilege of having music remixed by talented artists like D-Chill, Mark Zimmer, Klangquelle, Mr. Root, Jaques Le Noir, DJ Jace and Daywalker. It is with this passion that Rigi faces the future. With perfectionism, looking more and more to perfect his musical style on his productions and remixes and with optimism, always being guided by the basic principles and foundations that move a dance floor, including (of course) a good groove! all info: https://www.facebook.com/rigidj