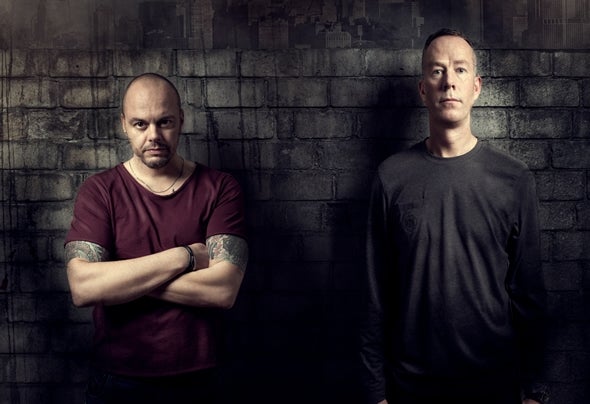 BRONX CHEER AKA Tim Nice & Paul Parsons AKA Stuttering Munx can boast a discography spanning over 15 years and DJ careers over 25 years, both individually and collectively have been involved in several chart topping hits on various download platforms along with experiencing almost every angle of the dance music industry from DJing, Producing, owning and running dance music shop, selling, pressing, distributing, marketing, living and breathing dance music! Co-owners and founders of Tall House, Tim & Paul have been a fundamental part in structuring several artists production careers along with pushing the boundaries of their own careers.You can expect an extremely high level of production so far picking up support from the likes of Roger Sanchez, Mark Picchiotti, Danny Tenaglia, Steve Mac, Joe T Vannelli, Mark Knight, Eric Morillo, Mark Doyle, Robert Owens, PvD, Paul Oakenfold, Kid Crème, Peter Gelderblom, Mark Knight, Toolroom Rec's, Hed Kandi and many more...Also having being spotted by Abercrombie & Fitch, so now supplying music to be played in store across the globe thus increasing popularity and awareness! This is powerful House Music mainly designed for the underground dance floors but exhibiting crossover appeal for the more “trendy” mainstream clubs!Influences from a huge appreciation for all types of “listenable” genres with no musical discrimination, having a principle of listening with an open mind can often can be turned into ideas for their House Music science! BRONX CHEER is a representation of true urbanism where both can express their idolisation of House Music.... English translation is “WE JUST LOVE IT!”Onwards and upwards, so if you fancy some hot House Music, something to get your teeth in to then check BRONX CHEER