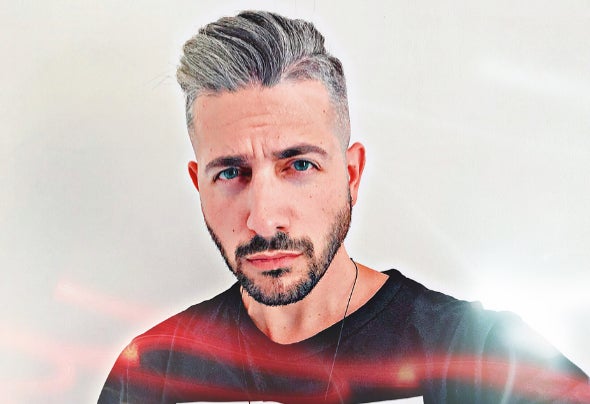 Pansil has been an established music producer personality in a variety of major markets including Ibiza, London,Miami,Netherlands,Greece & UAE. His musical studies on Classical & Symphonic Orchestral Repertoire in percussion in Ionian University gave him an open range in music thinking. Also, his Master Degree on“Music, Culture and Communication” by National University of Athens, is an extra tool. Also, he has been collaborated with some of the Classical Symphonic Orchestras in Athens & the French Baroque Music Ensemble “Almazis” as a principal timpanist & played with them in big venues & festivals such as Megaron Athens, Onassis Foundation, International Music Festivals abroad. His released tracks have been supported on the radios in Europe & UAE. We could listen to his tracks on the official Spotify Playlist of the famous clothing brand of ZARA. Also, Pansil have been loved & supported by huge names in EDM scene such as Bingo Players, Nora En Pure, EDX, Crystal Waters, Mark Knight, The Cube Guys etc. Most of his tracks have been chosen on some of the best selling compilations all over the globe. His remix on legendary Eddie Chacon’s "Rumors or Lies?" of the world's hit single Duet Charles & Eddie, has been & praised by music magazines & radio stations. Also, he created the music of the official launch TV spot of Smashbox Cosmetics LA in Greece. Also, he played music for the official launch party of "Kilian's Luxury Perfumes”, in Athens. Finally, he has been collaborated with the top greek radio producers Maggie Charalambidou, Alexandros Christopoulos & he creates the unique music environment & original music themes for the famous fashion designer Vassilios Kostetsos in his fashion shows for the last 3 years. We can listen to his very own “Playroom” Radioshow every Monday on NRJ Cyprus at 23:00 - 00:00 (GMT + 2). Also, he composes lm & cinematic music themes & he is a Classical Percussion & Drums Professor at Conservatories & Music Schools in Athens.