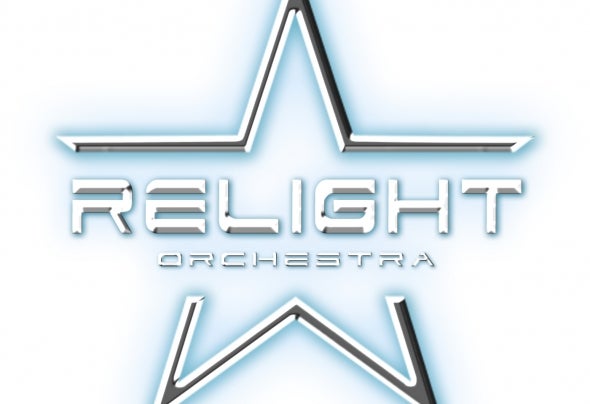 An incredible and uninterrupted series of recording successes and international shows since 2001 make RELIGHT one of the most acclaimed Italian dance projects of the new Millennium 4 albums under the name “RELIGHT ORCHESTRA”, about 50 singles with the best Italian and international labels (Universal, Sony, Warner), heavy support from the media, synchronization for entire seasons as theme tunes and musical breaks for the mainstream television stations Rai 1, Canale 5, La7, danced to in clubs all over the world (the hit ‘Elegibò has more than 10 million views on YouTube) makes for a true and proper record on the Italian Dance Scene 2000 The live show from RELIGHT is also unrivaled in its genre, it develops through a prestigious DJ set meticulously looked after by Robert Eno that is accompanied by live interventions on the violin and laser harp by Mark Lanzetta. A perfect mix between past melodies and futuristic instruments, adaptable for any kind of event, from gala ceremonies to dance parties or electronic concerts To certify the credibility that is behind RELIGHT you just have to consider 2 decades of international collaborations with star artists such as Margareth Menezes, Santa Esmeralda, Claudja Barry, Rinat Bar, David Laudat, Gregor Salto.... so many years of stupendous live shows, from Italy’s biggest and best clubs right up to the semi nals of ITALIA’S GOT TALENT 2012, from company events for RED BULL, FIAT, BMW,MERCEDES, TOYOTA, THUN, CERDOMUS, IQOS, WEGA ... to private and exclusive parties for Formula 1, Venice Film Festival, Villa Arcore, Bracciano Castle, the Venice Casino... to the town centers of Capri or Bolzano, right up to the greatest clubs on the international scene in Miami, Moscow, Odessa, Antalya, Izmir, Zurich, Lugano, Sharm El Sheikh... the list goes on!