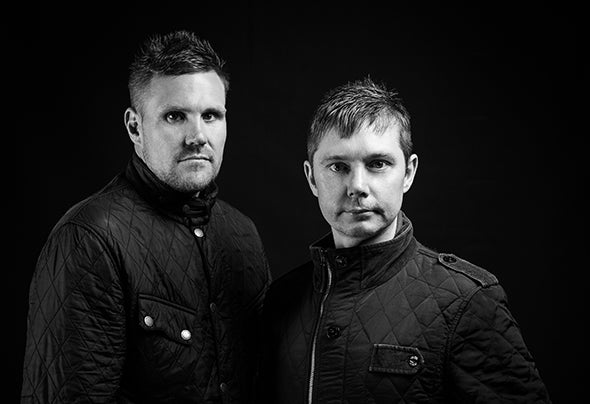 Fully Charged (Lee Watson & Scott Ashworth) begun their musical journey 10 years ago when they first begun DJ'ing. During this time they held a residency at one of the UK's most iconic clubbing venues The Syndicate, Blackpool and only four (4) years ago they decided to turn their hand to producing, which led them to the formation of aptly named Fully Charged, in 2013. Since forming in 2013 the duo have already notched up an array of electro/prog-house cross-genre hits, consistently charting inside the Top 100 Beatport Chart along with gaining support from internationally acclaimed DJ's Futuristic Polar Bears, Jochen Miller, Paul Oakenfold, Pete Tong, Richard Grey and Sick Individuals. Since their collaboration with Richard Grey titled 'Hey' (#10 Beatport Electro Chart) the duo have gone from strength to strength. No sooner had the dust settled on 'Hey' and 'Prayer' was hitting the Top 20 in the Progressive House Chart. Since then the boys have become renowned for their high quality energy fuelled dance-floor hits most notably 'Overload', 'Shotgun' and recently 'Lets Go Crazy'. This refreshing duo have already performed alongside BBC Radio 1 DJ Danny Howard, Michael Woods among others, gaining a fast growing reputation for their 'Fully Charged' brand of high octane fuelled DJ sets. One thing is certain, the future for these guys is sure to be Fully Charged!