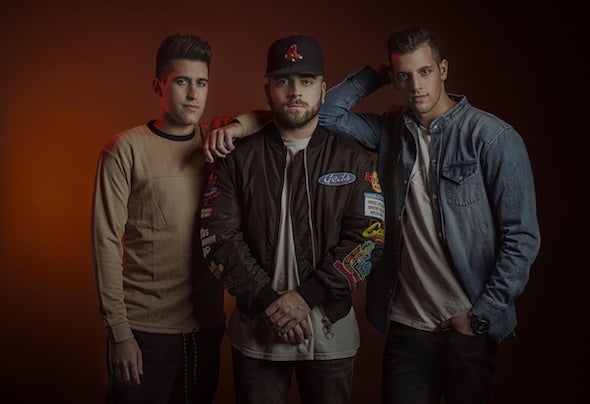 "Delayers" is a trio of dj's and producers from San Marino: Federico Bombini, John Carattoni and Luca Zucchi. The brand borns artistically in the summer of 2011 and it's exclusive of Virus T Studio. Their first release, Easy Up, entered immediately in the internationals charts and it was soon remixed by Maison & Dragen. Even Everything Moves shortly after the release gets the remix by the famous French dj and producer Gregori Klosman, followed by two excellent Delayers single Growl and Four, published on the important dutch label Big & Dirty. From the collaboration with Maurizio Gubellini, a real club hit was produced: "In Da House ", released on the famous English record label CR2. Even this single was one of the most sold in all the online-store Beatport, iTunes, etc.. and thanks to that gets the attention by all the big artists in the industry and Cristian Marchi #1 italian DJ realized the remix. The successful collaboration with Maurizio Gubellini becomes immediately a great relationship of work. This “duo” was chosen by Nari & Milani for the official remix of Atom (track that won the award for the best dance production of 2012 by Dancing Astronaut) and by David Guetta to remix his new single "Play Hard". After the great results obtained, it adds an amazing collaboration with Tiesto and Nari & Milani, which led to the realization of the track 'Move To The Rhythm' released on the prestigious label Musical Freedom and the production of a weekly radioshow (Heroes Radioshow) distributed in the major FM and Digital radio of World.