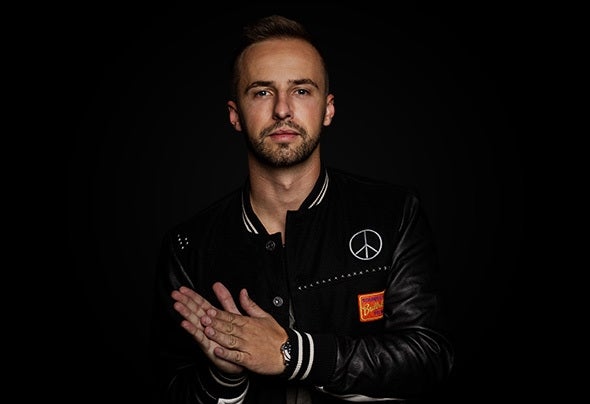 Rene Rodrigezz, an Austrian deejay, producer and remixer, who thrilled the crowds with his inimitable DJ sets, his bootlegs and his own tracks!The musical story of Rene Seidl started at the age of eight. Classically trained at the St. Florian Boys‘ Choir gave him insight into the music in the early years.In 2010 he was nominated at Austrian Dance Award, a prestigious award for upcoming artists,in three categories - Best Newcomer / Best Remixer / Best ProducerAfter several single releases (all of them reached the top places in several DJ Charts), licensings around the globe, the first album, „Crank, but sexy“ was released in March 2011.In 2011 he got the Austrian Dance Award in the category „BEST REMIXER“The first single from the in 2012 coming second album is called „Release The Insane“ was released end of 2011. „Shake 3x“ (together with Superstar DJ Antoine & MC Yankoo) will be released over the biggest dance labels around the globe in march 2012 and therefor are all signs on HIT!The nomination for the biggest austrian musicaward „AMADEUS“(categorie electronic/dance) also confirms his work!International Shows in Korea (#1 Dance Charts), Poland, Germany, Italy...2 Awards at the Austrian Dance Award 2012: Best Artist, Best RemixerSingle release together with Guru Project & Coco Star - I Need A Miracle!The new single „We Let It Burn“ will be released beginning of 2013 with remixes by Bodybangers & Niels van Gogh. The 2nd album „Love, Peace & Rock‘n‘Roll“ will be released was released in the beginning of 2013 and climbed to #4 in the Austrian Sales Charts!Futher the Album is licensed to several labels all over the world!The next single „LOUD“ (together with Sean Finn & Terri B!) was released in May 2013.June 2013, „Bang Bang!“ was released beside the Album and reached #3 in the Austrian DJ Charts.Further the track was licensed for an advertising to a mobile phone provider!Dezember 2013, „Born 2 Rock“ together with the german PH Electro was released which jumped into the Austrian salescharts on #12! Licensing deals all over the globe and huge feedback! In 2014 he launched his own label imprint „Big Smile Records“ and released the first single „Fat Sumo“.