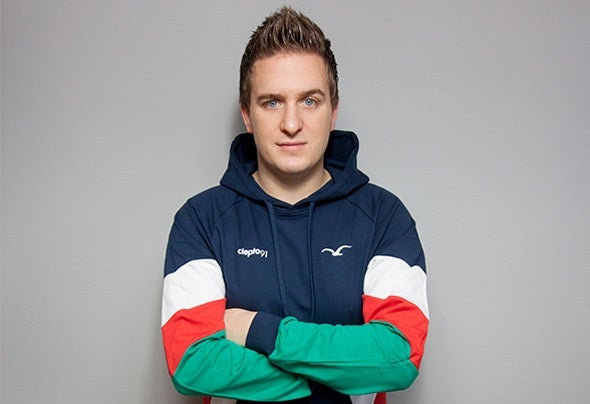 TIMBO is one of the hottest House & Electro DJs in North Rhine-Westphalia and one of the true climbers of the German scene. His DJ sets bring the audience to escalate, his tracks and mash-ups also inspire DJ colleagues as well.Despite the scene’s fast pace, TIMBO is always a few months ahead of current musical trends. No wonder that not only national, but also international clubs and bookers are interested in TIMBO, so he regularly leaves his home territory for international trips. Therefore TIMBO already played with DJ names like Avicii, Vicetone, Danny Avila or Tujamo. He played at festivals such as ELECTRIC LOVE FESTIVAL (AT), PAROOKAVILLE, OPEN BEATZ Festival, CASTLE OF LOVE (NL) and Holi Gaudy, the largest Holi Tour in Europe.In the last years, he became resident DJ of Electrisize Festival and released tracks on Tiger Records, Bang It, Seveneves and IONIC Records. He raised the attention of renowned German EDM-Label 120dB Records to sign his latest tracks WATCHA (with Felice) and MONEYMAKER (with Exyt), which became his biggest successes so far