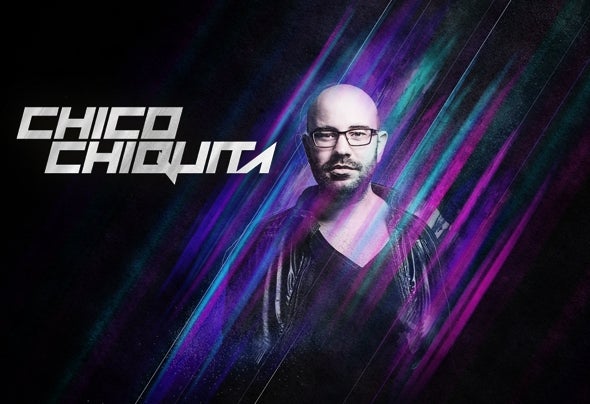 After a very versatile musical education, Chico Chiquita started studying „Music Business“ at Popakademie Baden-Württemberg in 2004 and became one of it’s official DJs. Around that time he also started releasing tracks, remixes and bootlegs under aliases like “Chicolo“, “Chique Jewelz“ (with Jewelz), “D.C.F.“ or "Stereodudes“, on labels like P.I.A.S., ZYX, Tokabeatz, SonyBMG Poland, Amused Records and many more. n 2006, also Chico’s Business-career started: first he worked as a trainee at Superstar Recordings and the former sister labels 8bit and Amused Records. After that, he started working as a Promotion Manager and Junior Product Manager at Toptrax where was a responsible creative manager for the big festival compilations of Mayday & Nature One. In 2009 Chico started to be the driving force behind the radio, event & compilation brand „House Rotation“ on radio sunshine live together with Greg Silver. The two have been hosting the weekly show now named „Warm Up“ for 7 years. In the same year, Chico Chiquita and Greg founded the House- and Electro label "120dB Records“, where they discovered and signed Laserkraft 3D, who reached the top 10 single charts with „Nein, Mann!“ in 5 European countries and brought Chico a gold record. Since 2013 Chico is responsible for the DJ Mixes of the official sunshine live-Compilations and „Mix Mission“ series. Together with DJ Premeson, he started the 120dB sub-label IONIC Records as a platform for fresh talents in 2016. In the last years Chico’s highly acclaimed DJ-performances at events like Parookaville Festival, Neonsplash, Word Club Dome, Holi Gaudy, Ruhr in Love, Radio Nation or Farbgefühle always left the audiences back excited. In 2014 Chico also took back the center stage as a producer with „Ready, Aim, Fire“ (incl. Le Shuuk Remix) and„Bailout“ (2015). By the beginning of 2017 his new single „Dream Made Real“ in collaboration with Bragaa and vocalist Nathan Brumley will be released on DBN’s infamous imprint RUN DBN.