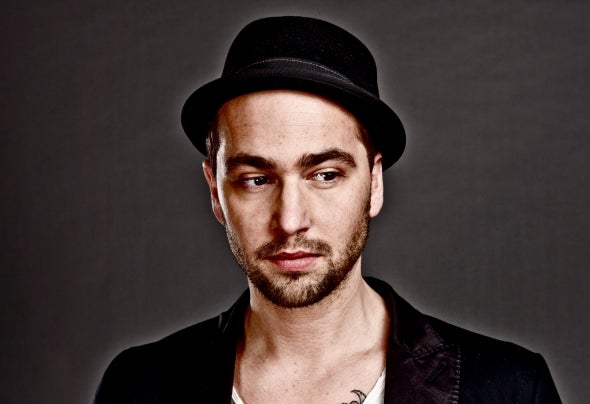 Singer, songwriter, multi-instrumentalist & producer Cosmo Klein takes over the dancefloor by releasing one amazing song after the other, playing 250 shows a year worldwide, doing what he loves most, ROCKIN THEM CROWDS !While Cosmo is not only a master of his work in the studio he is a great frontman at the same time, delivering his audience several "everlasting moments" in one show.Cooperations with Dj & producerteams from the international electronic scene & several Airplay, Chart & Clubhits made him become one of the big international voices of today. Teaming up with Syke n Sugarstarr & DBN from Hamburg he hits the Dancecharts in several countries like Britain, Spain, Austria, France and staying on No. 1 for several weeks in Germany with „My Belief“. The Song BEAUTIFUL LIE, a cooperation with Keemo & Tim Royko became a huge No. 1 Hit in Portugal and Brazil. In Portugal his fans let Cosmo win the BEST LIVE ACT AWARD 2011 of one the biggest portoguese radiostations NOVA ERA. 2, 7 Million clicks on You Tube only for beautiful lie speak for itself. The song FEEL ALIVE, written & composed by Cosmo & Jean Elan also reached international awareness hitting the floors and radiostations in Mexico, Canada, USA, Russia and Germany reaching 2 Million clicks on You Tube up to now. FEEL ALIVE and the new rocking single with producer Tim Royko called EVERLASTING NOW managed to manifest the rising success of Cosmo in Germany, internationally and especially in Portugal by being top ten airplay hits on national radiostations and finding huge support on the dancefloors as well. 2012 is full of more highlights for cosmo as he will team up with legendary producers like Tocadisco and Jamie Lewis , getting back together with Jean Elan again, and releasing his first solosingle within the electronic music scene called „BY TONIGHT“.