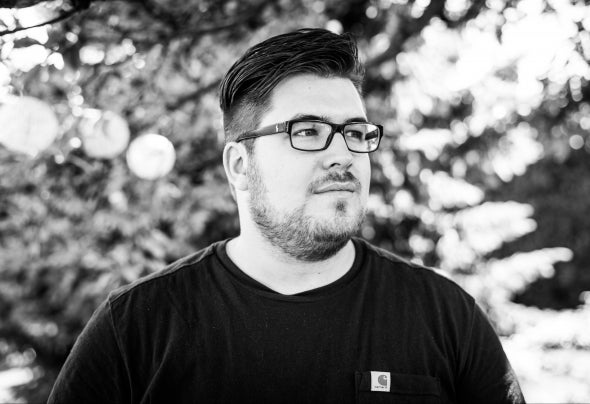 Phable was born in Mölln in 1989. As a child of the time of German Reunification, he already experienced a time of change and discovery right from the beginning of his life. Since the age of eight he received a classical musical education, which should open the doors to his own productions later on. So he began to sing in various choirs, between the age of 11 and 18 even at the boy chantry of Lübeck. Then he received private singing lessons at the Lübeck Theatre for opera singing as preparation for studying singing as a tenor. Here he broke off the whole thing, because he realized that it was not classical music, he was interested in. Henceforth, he focused mainly on Soul, Rock and Funk and played in several bands.With the classical background and the stage experience as a live musician he came in touch with House music in the early 2000s. Especially the album “Discovery” by the French duo Daft Punk fascinated him so much, that it is still one of his most influential records. But alongside Daft Punk, artists like the Beatles, Marvin Gaye, Damon Albarn, The Smiths, The Roots, DJ Koze, Bonobo, Jazzanova, Mos Def, James Brown, Terry Lee Brown Jr. and Zombie Nation played a big role for his musical development. From now on, he plunged into the nightlife in northern Germany, since 2012 under the pseudonym Phable. A short time later he was no longer unknown in the scene of his region and only a year later his first residencies in various clubs happened.A logical conclusion for him was to produce music on his own. This should be exactly the way he wanted the tracks when he plays at the clubs. From here on, everything went very quickly. In a short time he released on labels such as Armada, Ostfunk, Light My Fire, Wonne Musik, Pure* and recently on Audio Safari. Sometimes his tracks are melodicaly sensual, sometimes pumping groovy, his style unique.