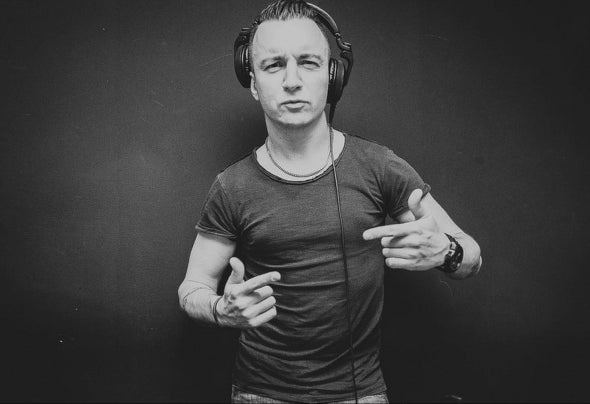 Amalfi Coast, which is situated in southern Italy is the native city of DJ Nello Fiorentino aka Ollen, who is born on the 3th of august 1984. From childhood on he's doted to music and further on he became one of the most energetic and active Dj's from the Amalfi-Coast. Since more than 10 years now he is part of the Italian nightlife and is one of the most active Dj`s at the moment. He participated in numerous events in southern Italy. He started collaborating with various localities, among others he showed up at two events in London at the „Movida Club“ in 2007. An achievement reached thanks to his unique and international sound.Since 13 summer-seasons he is the DJ resident of one of the most famous, time-honored and splendorous clubs of the Amalfi-Coast, namely the “Africana Famous Club”. Various international and national celebrated Artists and Dj's have the honor to appear and cooperate with the noted “Africana Famous Club”. DJ Nello Fiorentino is also a producer, one of his most significant and first creations is “Still Insane” (Original Mix), which appears on several “electro- compilations”. Afterwards he started a cooperation with his Dj friend „Blaze“, with whom he created the song „Africanism“ and many more tracks.His latest project of the year 2016 is „Ollen“, which is his new artistic name, namely a wordplay on his original name „Nello“, which only needs to be read backwards to get „Ollen“. He is always in search of a new presence of voice, for making his sets the more inimitable and unique, especially for his audience. He is up to every challenge also if it's demanding, for achieving his individual objectives.Since Winter 2013-14 he is touring-around Italy`s best and favoreds clubs for the Africana Famous Club label. Therefore his musical-route brought him in particular to Milan, Rome, Perugia, Torino, Madonna di Campiglio, Capri, Forte dei Marmi and to far more destinations.