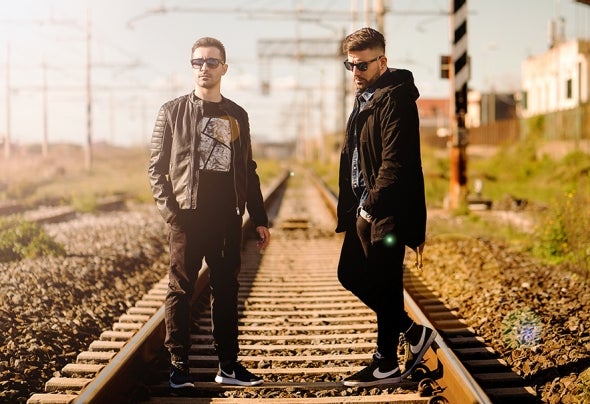 Skiavo and Vindes are two Italian producers devoted to House, Groove, Electro and Progressive sounds. They met in a recording studio of Salerno, beginning from an early age to interact with the music they love. Separate ways for many years, they decided to join in 2015 dropping the project "Skiavo & Vindes”. After several productions which caught the attention of names like Nari & Milani, Carlo Astuti and Marnik to name a few, they land in Get Down Recordings' Kid Massive label releasing "Quasar", that got support from big producers like Plastik Funk, Wolf Pack, StoneBridge, Promise Land and Simon De Jano, and the official remix of the Kid Massive’s 2008 anthem ft Elliotte Williams N'dure "Get Busy”, played by Don Diablo on his Hexagon Radio Show and for a long time #5 in the Beatport label chart.More recently they are working on many collabs with talented producers and singers, and top names in the EDM scene as well.New big releases are coming up, so just stay tuned!