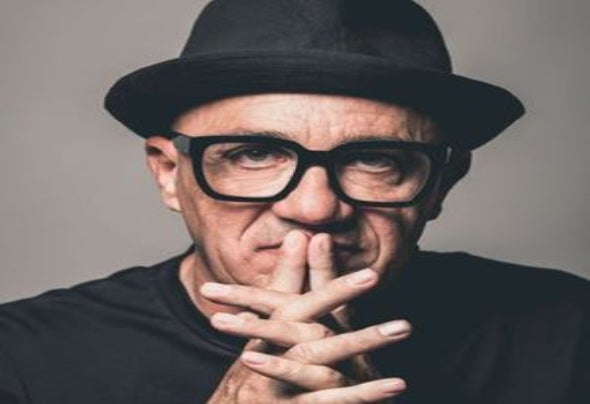 DIEGO BROGGIO DJ & PRODUCERknown internationally as the founder of DB Boulevard.His career began on the first free radio in Padova. A musical background of the highest level, his keen taste in new musical trends from alternative to commercial music, quickly projected him as a dj in the most famous clubs in Veneto. With the first movement of house music he launched his name to prominence! His passion for music and entertainment extended from djing to clubbing. in 2001,he founded the DB Boulevard,for AIRPLANE RECORDS .During this time,In the same summer Matilda dance floor became the testing ground for DB boulevard first single: POINT OF VIEW! This great song left a permanent mark on the history of modern pop music and in the world wide charts: top of the chart in Italy (gold and platinum disco),#3 in Great Britain, in top of the Billboard ranking in the US!!!!!In the same year (2002) the DB Boulevard won the Italian Dance Awards. In September 2002 came the second single "Believe" sung by Louise Rose and written by Moony. In 2003,the third single "Hard Frequency", was used in the "Garnier" advertising campaign and reached number 3 in MT V Chart and Dance All Chart.In 2004 the DB Boulevard came to the Sanremo Festival with a song entitled "Bastera'", which sow the collaboration with Rolling Stone bass player Bill Wyman, the song obtained 9 ° place. After this experience the DB Boulevard and Diego Broggio published their first album Frequencies, which contains all their previous singles including "Bastera'".After a year and a half of absence from the recording studio, Diego Broggio returned in June 2006 with DB Boulevard label Airplane and a new single, "Chance of a Miracle". The vocals this time were one of the coolest singers in the international dance scene, J.d. Davis.This became the soundtrack of summer 2006. From 2017 Diego worked with Vamos Music, now he is Art Director of StreetLab by JayWorkMusic