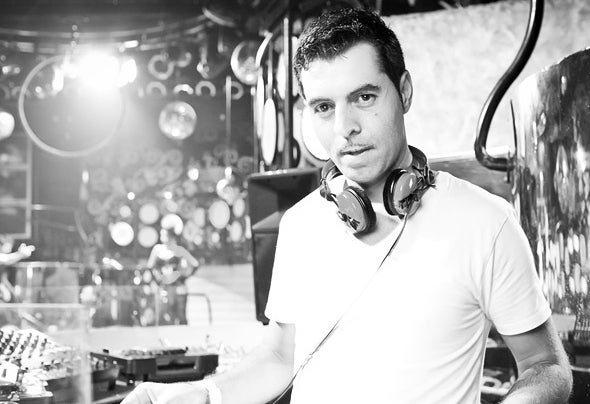 Inaky Garcia was born in September of 1979 in Ibiza, the island well-known for its great parties and musical culture. In 1996, at the age of 17, he began his career of dj in the club El Divino Ibiza, known for its glamour style and fantastic views, the cradle of house music parties, such as MATINEE, DEFECTED RECORDS, RELEASE YOURSELF and HED KANDI. He was playing there during 9 years, sharing the dj booth with popular dj’s like Carl Cox, David Morales, Roger Sánchez, Masters at Work, and others. In the winter of 1999-2000 he becomes a resident of Pacha Ibiza and works together with Dj Java and Juanma Fuentes. From 2001 to 2005 in winter season Iñaky Garcia works in the USA with the music label SO-SO DEF Records as a resident in Atlanta, as well as with CULT ENERGY DRINK in his US tour. His musical way brought him to different countries, such as Argentina, Colombia, Italy, Russia, Switzerland, where he has always been a welcome visitor. Coming back to his home island where he resides at present, Iñaky played in such clubs as Amnesia, Space, Eden, Privilege, Lucifer, Grial, and many others. He participated in the greatest parties of these clubs. Apart from being a dj he is also a producer of such music labels as GROOVE ON RECORDS (George Morel), NOENTIENDO RECORDS (Misael Deejay), GLOW RECORDS (Michael Vall), GLOBAL ARTISTS RECORDINGS, SUMA RECORDS and WHO BEAR (Luis Pitti , Carlos Kinn etc.) Inaky Garcia started releasing his own cd’s with a catalan music label Emotion Records, who edited his first song Alterna, which later appeared in cd mixes of MATINEE, EL DIVINO, IBIZA UNITED, DISCOTHEQUE. His next step was working with his musical godfather Frank’o Moiragi, with whom he released remixes of the U2’s ‘Vertigo’. Another released track was remix of U2’s “Staring at the Sun”. The track wasn’t commercialized but was played in clubs around the world. Together with EL DIVINO he created 4 cd mixes of chill-out music. In 2007 with Cadena 100 radio station he made a mix together with such authoritative djs as Deep Josh, Sebastián Gamboa y Rubyks cube, who, along with Inaky Garcia, became residents of the 100 Mix Ibiza radio program. The program was broadcasted during 2 years across Spain and the most popular djs of the time were invited to participate in it. Some of his themes included summer mixes of Ibiza United or Matinee. Thanks to his diligence, Inaky Garcia was nominated in the DJs Awards as the Best Dj of the 2005 and the Best Dj of the Island, among others. In 2006, in collaboration with dj Maria Bufi and Felix Da Funk, he created the party Clubbers & Friends, which took place in the clubs of Ibiza, being especially popular in 2007 in EDEN Ibiza, where played many popular djs like Camilo Franco, Deep Josh, Frank’o Moiragi, Valentin Huedo, and others. Thanks to the good work of Clubbers & Friends, he was conceded the residence in the World Tour Eden. He also participated in the party Passion Ibiza in Grial, together with Oscar Lopez and Toni Moore, from 2007 to 2008. In the beginning of 2009 he goes to the USA to represent the Priveé club in Atlanta. Returning to Spain in November 2009 he settles himself in Ibiza and starts producing songs for 2010. Resuming his career of a producer he creates the party Evolution, which nowadays takes place in Grial and includes djs like Toni Moore, Félix da Funk and himself, and touring across Spain – Barcelona, Madrid, Valencia and other cities. Apart from Evolution he leads his own musical way in Grial together with respected djs like Nano Vergel and GianGiu. His musical achievements are his productions with music labels and djs like George Morel with the track SA-MAKASY, edited by GROOVE ON RECORDS music label. Another theme is TAMSTHER- PRINCES OF VALENCIA 2011 (SUMA RECORDS) – his teamwork with Luis Pitti. Moreover, he made a remix of the song “Missing” by Everything But The Girl, which was in the top 10 on national radio stations for more than 2 weeks in summer of 2010. In 2011 he becomes an international resident of Pacha Moscow and works with national and international music labels in various music styles and releasing remixes for the best djs in house, deep house and latin house music like OSCAR P. (Open Bar) , LUIS PITTI (SUMA RECORDS) , J&M BROTHERS , VICMOREN (PERCEPTION MUSIC), (GROOVE ON RECORDS).