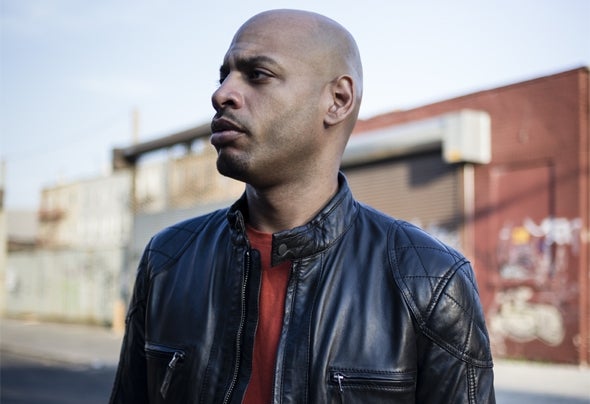 Dennis Ferrer is without doubt one of the most well rounded producer/song-writers in dance music, let alone house. He's produced myriad styles (ambient, acid techno, tech, gospel, Afro, soulful), and has collaborated with masters including Damon Wild, Kerri Chandler and Jerome Sydenham. It's an apprenticeship that many aspiring producers would trade their right arm for, and by combining this with strong ideas and passion, his consistency and quality over the last five years has been peerless. With a string of soulful hits in the early 2000’s, Ferrer’s absolutely monstrous collaboration with Jerome Sydenham, Sandcastles (2003) was his most ambitious venture to date and straddled the tech-soulful divide for the first time. He has since recorded at least five more of the global dance floor's biggest records of the last four years: Sandcastles, Son Of Raw, Timbuktu, Church Lady, Blaze / Barbara Tucker “Most Precious Love” (Remix), and Fish Go Deep “The Cure & The Cause” remix. He balks at a genre or scene and this is subsequently what makes a Ferrer record sound so fresh. A Ferrer production is always a hybrid of influences unlike any other. His debut artist album, The World As I See (King Street / Defected) is an amalgamation of global sounds, expertly honed into soul-stirring, modern house collection which moves from futuristic gospel, “Church Lady”, to the afro-techish “Transitions” to the old school hip house of “P 2 Da J”, to the Madonna-esque pop meets gospel of “Touched The Sky”. When he’s not producing his own music, Ferrer’s passion is developing the careers of others not only in the form of his remixes. His label Objektivity is home base for teenage DJ / producer sensations, The Martinez Brothers with whom he works closely. Filsonik, an emerging producer from the NYC underground also benefits from Ferrer’s ears and will release his first single for the label in the summer. In the meantime, Objektivity just released the highly anticipated Ferrer / Abicah Soul co-remix of “Love Can Damage Your Health” by Telepopmusik. Thereafter, expect nothing but groundbreaking productions from the man who refuses to be painted into a stylistic box. These include a collaboration with Grammy Award winning Norwegian folk singer Ane Brun, Angela McLuskey (from Telepopmusik) and a revisit of Kevin Saunderson’s Inner City project, all culminating in a second, even more ambitious full length album coming on Objektivity before the end of the year.