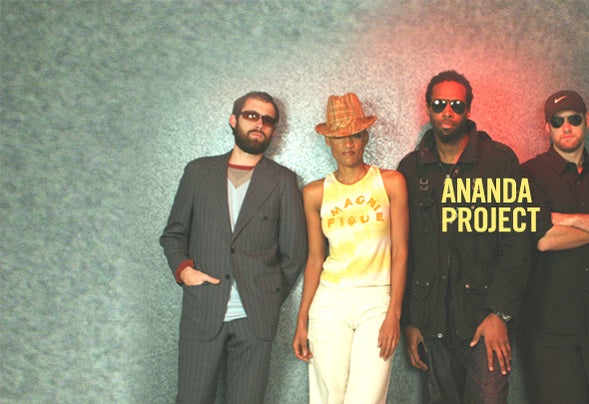 Atlanta-based producer/composer/remixer Chris Brann is without question one of the most prolific and far reaching of today’s dance music artists. His Wamdue Kids, Wamdue Project, Ananda Project and P’taah incarnations, as well as his work under his own name, have all garnered critical acclaim and commercial success; in 2000, Brann scored a massive international smash with Wamdue Project’s “King of My Castle,” selling over 2 million copies worldwide. Brann’s decidedly abstract and classical approach to making music produces distinctively rhythmic landscapes that are about the limitless possibilities of sound, not musical discrimination. His aural reconstructions of recordings by Everything But The Girl, Susana Baca, KD Lang, Vivian Green, Mondo Grosso, Snooze, Bebel Gilberto, Thomas Newman (‘Six Feet Under’), Boney James/Rick Braun, and Tweaker feat. David Sylvian, have exponentially increased the demand for his productions and remixes, providing an outlet for his extraordinary scope. However, Brann is a reluctant star, most content assembling talent and bringing his music to the surface rather than his personality to the limelight. Fresh from their much-talked-about UK debut at the Southport Weekender festival, a deep house music lover’s mecca, Ananda Project reconvene with Night Blossom, a remix companion to the American house outfit’s third full-length album, 2007’s Fire Flower. Collected here are the finest dancefloor-ready reworks from Fire Flower including productions by Grammy Award nominated remixer Jay-J, Italy’s The Pastaboys, Frankie Feliciano, Kevin Hedge of Blaze, and previously unreleased remixes from Joe Claussell and UK remix duo Idjut Boys. The album also includes an alternate version of “Let Love Fly” and a new track entitled “Moment Before Dreaming”. Night Blossom also includes a second bonus CD of Ananda Project classics continuously mixed by Ananda founder himself, Chris Brann. Remixes here come from King Britt, The Rurals, Aquanote and Kyoto Jazz Massive; while several Ananda Project classics remain untouched and in their original form as a way to introduce new fans to this timeless music. Fire Flower captured the essence of Brann as an artist, proving his intense mastery of song craft and ability to bring together varied artists to capture a collective and cohesive vision. And with the onset of the remix album Night Blossom his sonic vision is further complimented by a slew of producers to reinterpret the original tunes. This remix album represents a natural musical progression for the artist. It’s a blissfully multi-hued concoction that infuses modern Afro-Latin/Balearic rhythms and soulful deep house with orchestral textures and radiant jazz-tinged soundscapes. His words place the frame: “It's been my wish for Fire Flower to be an extension of my previous Ananda Project work, but to touch closer to the emotional core of the 'song.' By that, I mean not just a catchy hook or some ad-libs, but a meaningful and resounding fullness to the lyrical content and structure of the melodies.” Fire Flower and subsequent Night Blossom album are a sumptuous assemblage encapsulating the talents of the composer as well as the roster of local and international artists. Ananda Project main singers Heather Johnson and Terrance Downs share vocal turns with theater diva and keyboardist Denise White, UK vocalist Heidi Vogel, Solu Music’s Kai Martin, Atlanta-based R&B Soul star Avery Sunshine and instrumentalists Julius Speed (keyboards), Ede Wright (guitar), Kebbi Williams (sax), Darryl Freeman (bass), and a number of others, solidify the group’s epic levels of skill and synchronicity. With Brann at the helm, Ananda Project creates a sultry collection that combines organic instrumentation with electronic ingenuity. The multi-dimensional album is both timeless in its classic construction and timely in its progressive panache. Utilizing classic R&B song writing with rapturous melodies, dreamy chords and seductive rhythms, Fire Flower evolves into a sophisticated and passionately-constructed epiphany. “I wanted to capture the mood of life’s ebb and flow with this album,” Brann reveals. “It’s about evolution and the challenges that are inherent with maturity, growth, and wisdom, which come through self-analysis, humility, honesty, experience, forgiveness and acceptance. I’ve evolved as a person and as an artist and this record reflects that. I wanted to craft a collection that was subtle and honest. Think of it as a journey inward that results in a positive, life-affirming metamorphosis. It’s a very subjective and personal experience but it’s a part of the human condition and can be shared universally.” Brann explains: “I purposely wanted to, in a way, work backwards from the standard way of creating a house track, where you have a beat and some sounds that go over the beat. I wanted to create such a thing that if you were to listen to the songs without the rhythm section, the songs would still stand on their own." Before 2007’s Fire Flower, Ananda Project released 2000’s debut Release, 2001’s remix album Re:Release and 2003’s Morning Light. Ananda Project’s signature blend of house, soul and R&B has been a hit with international media and it’s been covered favorably by the likes of Spin, Time Out New York, Remix and XLR8R, among many others. Sophisticated and stellar, cohesive and complex, Night Blossom represents the evening’s creation of hope and the promise of a new day.