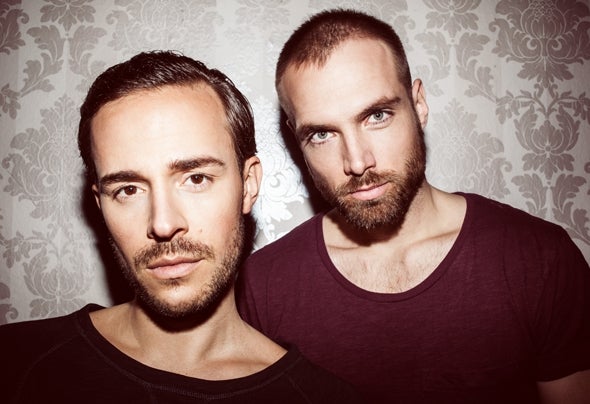 KRUSE & NUERNBERG (OFF RECORDINGS // EXPLOITED // STILVOR TALENT)Berlin / HamburgKruse & Nuernberg have been a constant presence in the spotlight of the deep house scene for a while now. With championing releases like Lovers n' Fighters on Noir Music, (a Beatport Deep House Number 1 for weeks) in 2010, Daze Without You (Resident Advisor Number 2) on Liebe*Detail in 2011 or their Off Course EP on Andre Crom's OFF Recordings in 2013 they have shown a consistency that few others can brag about.Very few producers embrace the concept of "Teamwork" as literally as Florian Kruse and Nils Nuernberg. Both born and raised in a rural area near thriving Hamburg but with different musical roots and influences, both passionate djs in their own right, both outgoing and always eager for good fun and; above all, both promising music creators. It only took an encounter to set it all off... Once they got together to create their first hip-moving beat, it all became so natural and fluid that several years and influences later, we find them both having studios in Hamburg and Berlin and being at the forefront of a revolutionary deep house revival all over the world, turning dancefloors into frenzy with an always thankful, shiny smile on their faces and enjoying the occational silly, shallow prank, always trying to create good memories.A lot has indeed happened since their first release in 2007... Growing their own style, always deep but intense and bouncy, flirting sometimes with soul, sometimes with techno and always with an overall feel of good vibes and energy translated directly into moving feet and sexy dancing in dancefloors all around the globe.They were quickly spotted by some of the hottest and most respected labels around releasing heavily accepted works on Noir, Liebe*Detail, Stil Vor Talent, Exploited, Lazy Days, Rejected, Moodmusic, and more recently OFF Recordings (becoming part of their steady roster of core artists) while also remixing names as massive as Dennis Ferrer or Groove Armada. They also went a step forward and launched their own label in 2008, Save Room, a place for like-minded talent and another outcome for their incesant flow of inspiration featuring (and even propelling) artists like Huxley, Sasse, DZeta N Basile, Topspin & Dmit Kitz, Dirty Culture and more.Proof of their prolific nature, is their full lenght album released in 2012 on Lazy Days and accounting remix work by Wolf+Lamb, Mario Basanov, Spirit Catcher & Fred Everything and their work under the Wiretappeur moniker, also praised into the likes of Digweed's Bedrock platform. Their lives now, of course, alternates between flights, hotels and clubs, they are still good friends after such a long time, and as they face thousands of sweaty dancers all over the world, they keep the smile high thinking how proud they are to be creating the soundtrack for some of the most fun nights in people's lives.