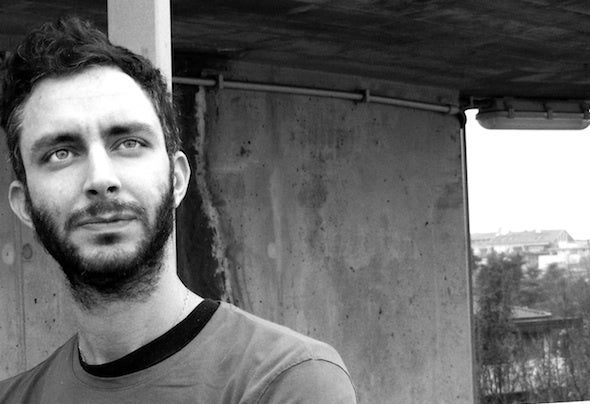 Davide BENVEGNU', aka Dj Da, born in 1978, Italy, Dj & Producer. Dj Da began as a hip hop dj & producer in 1996. He created his own group "Royal Minutz" in 1998 and signed with the label Selfmusic that made him play all over Italy, his country. He collaborated with several artists from all over the world on diferent hip hop albums and compilations.In 2000, he opened the doors of DADAISMA, his Recording Studio in Silea – Treviso. More than just music, there he created his concept, The Dadaisma that consists in making sounds in a free spirit, in the constant search of perfection or unperfection althrough the chaos, although an unlimited creation... So he began working on Electro- Jazz, Soul music...that led him naturally to make House music. That is when he actually began to play on live in his area, in his country.Today he produces Deep and Tech House music, imposing an original innovating style that makes his music unique among the others. In 2007, when he was 28, he registered his frst International Hit "Good Vibration", signed on Yoshitoshi Records. He burned up the dancefoors from all over the world, and was classifed among the Top 10 Beatport Global music charts, and among the Top 5 Beatport Tech House charts for the month of February 2008.His remix of "Eve", another hit he signs with the New-York Wave Music label, in April 2008, made him enter in the charts of Yoruba Soul, Dj Chez and others.Then he registered and produced "Easter", a new hit again that was classifed among the Top 40 of Joan Ribas, on Ibiza Global Radio.Since March 2009, Dj Da has signed a lots of tracks such as: - "Violin land" on the Greatstuff, - "Kiss Inside" and "Elisabeth" on Nightdrive Music, - "I watch U" with the Maschine, “Physical Attraction” on KingStreet...In 2010 he's in promotional cd of Miami Winter Music Conference for the third year consecutive, this time with the NewYorker Kingstreet sound. He decided to get new inspiration for the future projects going to Ibiza for the summer. He started so well, getting space into “Ibiza Global Radio” like guest in Deep Fusion, the Miguel Garji program, playing and rocking' in clubs, lounge and beach parties in the island where was outstandingly acclaimed from the Music productions have a particular sound because of the infuences of Ibiza and international djs who worked with Da. For winter and spring, he has lots of Bomb-release coming out with big labels from New York to Spain, ( Kingstreet, Freaky Vibes, Neurotraxx Deluxe, Loco Rec, Akbal Music...) making ready the people to his next amazing djset.