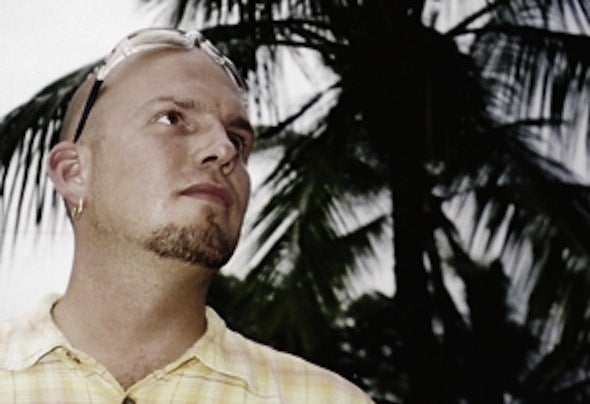 Producer, Amsterdam label heavyweight, DJ - Sandy Huner has been pioneering techhouse and house sounds since the early 90’s. He co-founded Amsterdam imprint 100% Pure in 1993 and now heads up three labels: Thirtyonetwenty - Bitten - Bangbang!Sandy Hüner released his first tracks in the beginning of the nineties under names like Babies From Gong and Pure on some of the most prestigious labels at the time such as Eevolute, ESP and Beechwood, where 15 releases followed in quick succession.In the early 90s, driven by a need for creative freedom, Sandy and Dylan Hermelijn [2000 and One] teamed up. Based in Amsterdam, the launch of their techhouse label 100% Pure enabled them to spearhead their own vision of dance music. Soon releases came from techno visionaries like Steve Rachmad, Orlando Voorn and Steffan Robbers. Detroit legend Derrick May also found his way onto their catalogue.Their album “100% Pure – The Lowlands” on the highly acclaimed New Electronica label in 1994 gleaned massive international attention with featured album reviews from N.M.E, Melody Maker etc. Although Sandy’s passion for music is as huge and diverse as his vinyl collection, he decided in the mid nineties to pursue a career in design leaving Dylan to head up 100% Pure, which is now Amsterdam’s longest running techhouse label.Throughout the years Sandy’s impeccable taste for good music remained and 10 years on, inspired by the new sounds emanating from his Amsterdam home town, Sandy became once again deeply involved in the scene.Having met Dave Ellesmere in 2006, the two quickly forged a strong friendship which resulted in the creation on their new label thirtyonetwenty (the international dialling code to connect with Amsterdam), now run soley by Sandy. In 2008, Sandy and Dylan joined forces again and launched a new house label Bangbang! then in 2009, they co-founded their new techhouse label Bitten.As well as managing three labels, Sandy’s addiction for the studio has led him to produce world class club tunes including Rare Tap (Remote Area) Following its release he finally succumbed to the club demands for him to DJ, with his first gig at the legendary Voltt party, followed by 2010 dates at Amsterdam’s Studio 80, Paradiso and Berlin’s party hotspot Watergate and 2011 now welcoming him to the international club circuit and Dutch festival greats such as WTTF.With his funky fusion of sassy house harmonies, soulful snippets and techhouse treats – Sandy’s uplifting sets of mashed melodies always leave the party crowds breathless. As Sandy (and the Beastie Boys) once said 'life ain't nothing but a good groove’.