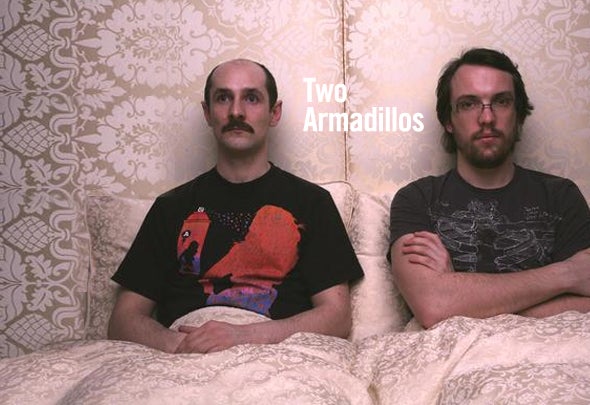 Deep house and techno. Natural drums and a looser groove. One of the first duos to lead the deep house / techno crossover, Two Armadillos have now released five critically acclaimed EPs. Even their first, Tunnel of Light on Steve Bug's Dessous, was rated 5/5 by De:Bug. Since then they're released Patience on Four:Twenty, Warriors on Secretsundaze, Nostalgia on Buzzin' Fly and now their most recent, Hamlin on Dessous. The last had great reception from Steve Bug, Will Saul, Magda, Karotte, Adultnapper, 2000 and one, and a placing in the top 10 movers in the German dance chart. Fans for the earlier releases, meanwhile, include Ben Watt, Agoria, Raresh, Tobi Newman, Shinedoe, IDJ, Mixmag and DJ, and Groove. The duo themselves, meanwhile, have also been busy with other projects.... Giles Smith is co-resident and -promoter of London's legendary secretsundaze parties, whose guests have included Ricardo Villalobos, Carl Craig, Steve Bug, Mike Shannon, Luciano, Ame, Losoul, Ivan Smagghe and Jay Haze. The night has been voted "best club night" by readers of Time Out London and "club of the year" by Mixmag but even aside from that Giles has also been a regular also at Robert Johnson, the Rex, Monza and Watergate. Last year Giles also released the first Secretsundaze compilation with his Secretsundaze co-resident James Priestly, with both earning a solid set of 5-star reviews. myspace.com/gilessmithmusic Martin, meanwhile, is better known for productions as King Roc. As DJ mag put it, "2008 will be the year King Roc claims his crown". It's not just with Two Armadillos but his work with his own label, the Mutual Society - described by DJ as "dreamy ... elegant ... gorgeous ... bittersweet ... melancholy" and by IDJ as "the best thing King Roc has ever done. With a Mutual Society album being prepped for Jan 2008 alongside a new festival live show, plus well as recent tours of China, Australia, Asia and Brazil, King Roc's next big project is the release of EP3 for Mutual Society, "Equilibrium". www.the-x-agency.com/kingroc.