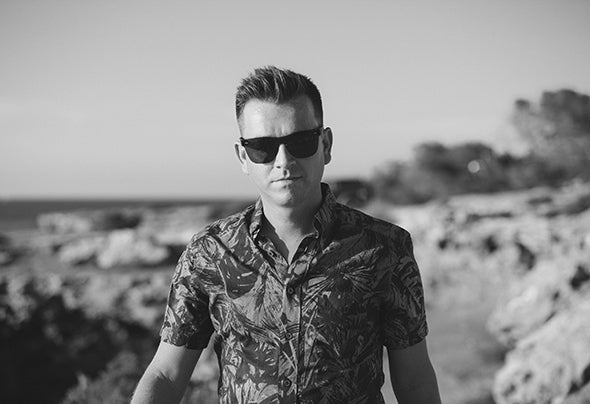 Born in Barcelona (Spain) and raised in Sitges, a small town near Barcelona were night life was very popular in the 80's and 90's. There Mar-T got all the interest for electronic music, especially at L'Atlantida Club. DJ and producer since 1995, he is a perfect connoisseur of the dance floors of half the world due to his residency since 1999 at Amnesia Ibiza. This has given him enough experience to be able to adapt to any dance floor without any concessions. His dj sets expose his hedonist and sensual spirit, and knows how to create an atmosphere full of good vibrations due to his sane eclecticism that takes him to mix all aspects of electronic music with great results. In 2011 we saw him all Fridays in "I WANT MY MTV" parties in the main room together with Layo & Bushwacka! and guest djs. As another incredible season wrapped up for the year, there was one last burst of enthusiasm from the industry at the 2011 DJ Awards and local hero Mar-T was acknowledged as the season’s best resident to the White Isle for his residential slot at Ibizan superclub Amnesia. All music industry saying big thanks to Mar-T for offering us a very special season at Amnesia delivering his best music repertory. From 2012 until 2014 he was resident dj at Marco Carola´s night MUSIC ON which has been one of the most succesful parties of the island, in 2015 he moves his residency to HYTE, the new party hosted every Wednesday at Amnesia. After releasing on Hot Creations, Cocoon recordings, Get Physical, Moon Harbour, This and That, Yoshitoshi and his own label Wow! Recordings to name a few he continues producing for exciting cool labels while he takes care of throwing on his label good quality releases.