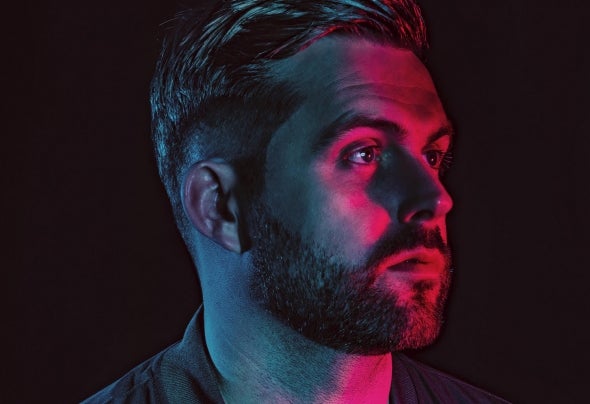 Ronnie Spiteri’s trajectory into the International spotlight is the stuff dreams are made of...From out of nowhere during summer 2016 Jamie Jones dropped Ronnie’s Thin & Crispy track (Do Not Sleep Recs) during a live BBC Radio 1 Essential mix broadcast from his notorious Paradise Party @ DC10, Ibiza. It was one of the most publically talked about tracks of that legendary ESmix broadcast. This was then followed up by Ronnie’s debut play on Pete Tong’s Essential Selection show where he was awarded the hugely sought after accolade of #EssentialNewTune for his ‘Multiply EP’ on Hot Since 82’s Knee Deep In Sound Imprint. The Spiteri sound has been honed and crafted via his current global residency for the hugely popular brand of party starters Do Not Sleep. Ronnie is back in Ibiza this summer and has moved to the world famous Amnesia club continuing his residency for Do Not Sleep there playing alongside the likes of Alan Fitzpatrick, Charlotte de Witte, Reset Robot & more. 2017 was Ronnie's strongest year yet, rolling into 2018 with the current best selling track on ‘Knee Deep In Sound’ on Beatport, being signed up to the ever-impressive NGE artist roster, recent sold out show for EL Row in the UK, supporting Claude Von Stroke (May 18), Dj Mag print features, more new tracks signed to Alan Fitzpatrick’s ‘We Are The Brave’ and several new hot artist collabs bubbling away, which are set to take his artist pro le to new heights. With his very own Kenja imprint going from strength to strength, already featuring Darius Syrossian, Markus Homm, Josh Butler & Reset Robot to name but a few and with a stacked release schedule already penciled, including a Ronnie Spiteri mini album about to drop end of the summer the label is looking hot.