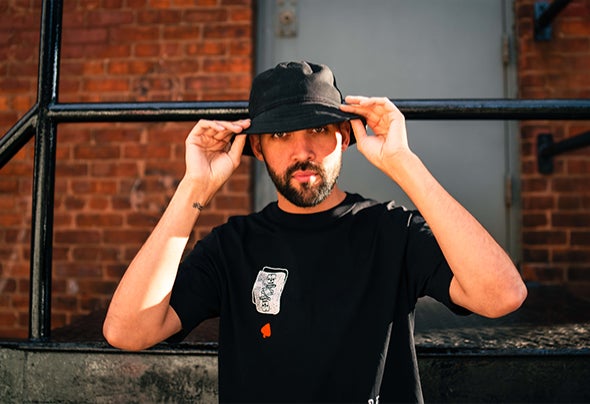 Ky William's ascent into underground house music is hardly surprising, given his upbringing in a city rich in musical heritage, Brooklyn (USA). Ky has built a reputation as one of the cities premier selectors and most promising music producers. Ky's music is underpinned by deep grooves and hip hop influences inspired by his humble beginnings. In a short space of time, Ky has become an accomplished producer, with notable releases on Distance Music, highly esteemed New York imprint Nervous Records, Parisian label Hedzup and Ky's very own label Andhera Records. This has seen Ky garner support and play alongside industry titans including Jamie Jones, Loco Dice, The Martinez Brothers, Dubfire, Danny Tenaglia, Solardo, Huxley, Reelow and Prunk, for some of the most renowned event brands, including Elrow's massive event at the Brooklyn Mirage and Elements Festival. Ky's ability to deliver behind the decks has resulted in tours internationally, from Peru to the UK. Meanwhile, Ky launched his label Andhera Records which has become renowned in its own right as a purveyor of deep minimal house and incredibly since its inception has amassed over one million streams and consistently charted in the Beatport Top 10. Demonstrating Ky's innate ability to A&R and deliver underground hits consistently.