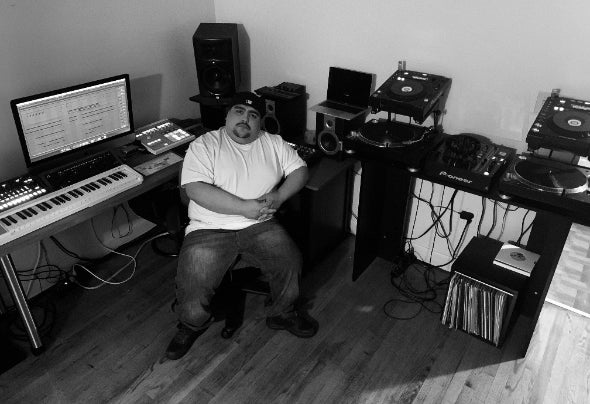 Electronic music has long been used as a medium for escapism, whether that’s the mindful release of the dancefloor or the imagined vistas of outer space. Eddie Merced distils both these qualities into his craft, using the foundational structures of deep techno and house as a carrier for his expansive, star-gazing productions. An early intake of his father’s freestyle records while growing up in Hartford, Connecticut, was the gateway into electronic music for Merced, but his own journey went deeper and further out into all kinds of subgenres. He took time to reflect on all these stimuli before entering into production himself, and now you can hear the melodic splendour of ambient and trance colliding with the committed experimentation of techno in his tracks. The groove is still a vital ingredient though – as much as Merced uses his music as a platform for cinematic expression, he’s still focused on the ritualistic physical response that dance music was originally built for. Early accolades came thick and fast for Merced’sfirst releases – Laurent Garnier was a keen supporter of his first 12” From Within, which came out on Gabcat in 2016. Since then subsequent releases have appeared on Savvy Records and Snail Juice, while additional tracks have appeared on Brothers’ Vibe’s seminal NJ house label Mixx Records, and Karim Sahraoui’s MIRAKLES.