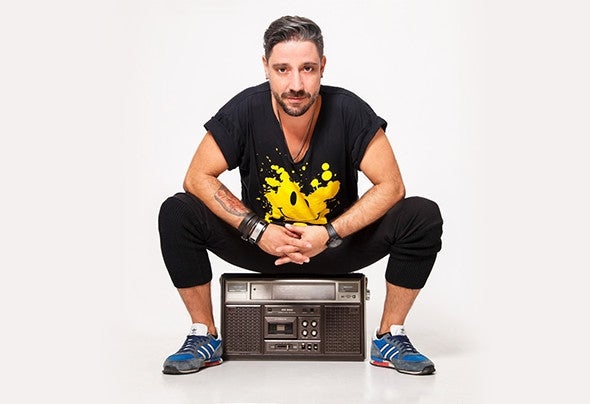 Toni first gained experience for his career as an internationally active DJ and producer in 1989 at the age of 18 in Frankfurt’s legendary Omen. In 1994 he released on Harthouse and Eye Q, two of the most important labels for electronic music, founded by Frankfurt veteran Sven Väth. That’s how Toni Rios quickly became a household name in the house and techno scene and his tracks could be found in many record cases. In the year 2000, Toni took part in launching Cocoon Recordings. He also joined the Cocoon Booking agency and became a regular at Cocoon events. One year later, it is the year 2001, he calls to life his label Danza Electronica and later on goes on an album tour that many people remember fondly until today. Since Cocoon Club opened its doors in the year 2004, Toni has been one of the residents and still plays on a regular basis. Toni’s style has always been in step with the times – acid house, trance and hard techno in the 90s or today’s modern tech, Spanish temperament included! He travels on a regular basis around the globe: from Miami via Sao Paulo to Bankok and Tokyo, to name only a few of the cities he has played, and of course he tours every weekend Europe’s hippest clubs. He’s also a regular at all the big festivals like Love Parade (Berlin), Mayday (Dortmund), I Love Techno (Belgien) or Dance Valley (Amsterdam), where he plays for thousands of techno fans. On top of his life as a DJ, Toni has been active as a producer since the middle of the 90s and runs his record and digital label Soap. 15 years ago, this label was the stepping stone for him and other young producers. Now it’s his turn to offer a platform for newcomers. Since 2009 he’s released young artists from New York, Tel Aviv or Ukraine - welcome to the digital age! And just like Toni received support by other DJs about 20 years ago, he’s now helping other newcomers to get ahead in the music business. On the occasion of his 20th anniversary as a DJ in 2009, Toni went on a world tour and released the corresponding album. The tour brought him to countries like Holland, Spain or Mexico, where Toni could once more prove his ability to get the audience rocking with all the right tracks at all the right moments. 2010 was another year of happenings: Toni released the track „Into your eyes“ on BluFin and with it again made his way into many DJ sets. With his long-time companion André Walter he did a remix for Ramon Zenker & Harada, also on BluFin. He launched his first Soap digital release and the first Soap show cases took place and sent Toni and other Soap artists across Germany, amongst others to Cocoon Club. His personal booking highlights were his gigs at Sonne Mond und Sterne Festival and at the „Volar“ in Hong Kong. For 2011, in addition to numerous bookings, Toni is planning to do some long wished-for remixes of previous Soap relases.