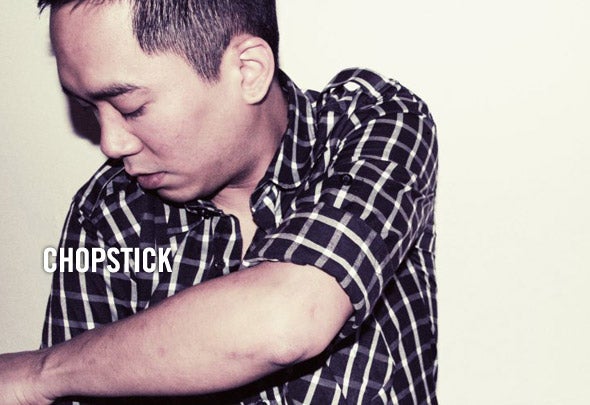 After having lived in Stuttgart, Vancouver and Hamburg, chopstick is now based in Germany's electronic music metropole Berlin. It's his work as a producer, remixer (Madonna, Moby, Britney Spears, LL Cool J, Xzibit, Deep Dish, Miss Kittin, Sister Sledge, etc.) and label manager that have seen him emerge as one of the scene's most talented and respected players. He has shown that he is regarded as highly for his production skills as those he displays behind the decks. His sets are always varied and inspired, playing his unique sound between minimal techno, techy house and electro, chopstick has championed this uplifting-emotional- sound throughout Australia, Asia, South America, North America and Europe to a worldwide audience Together with longtime friend and Kling Klong Records owner Martin Eyerer, he started a new collaboration named Eyerer & Chopstick. Their releases have sold more than 20.000 vinyls. Releases like "Make My Day (Haunting)" which features Cassius Singer Philippe Zdar have been licensed to various territories and was even made Essential New Tune by Pete Tong on Radio 1 several times. In fall 2007 once he had proved himself with Criminal Records, chopstick began his second label with partner in crime Johnjon and André Stubbs: Baalsaal. Under his guidance the label quickly began to gain international respect. Not afraid to sign tunes that were different from the mainstream, Baalsaal quickly became recognised as a great source of quality underground sounds. Whether on his own, or in partnership with his friends and peers, whether as a label manager or consultant to his friends, whether as a sound engineer or song writer, there’s something reassuring and inspiring about an individual who's not afraid to strive for more and keep his cool at the same time.