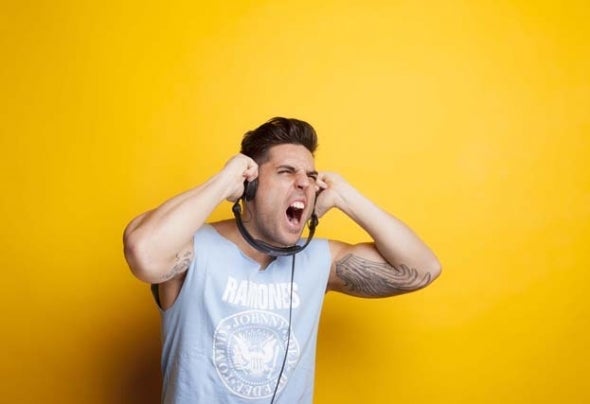 With more than 15 years behind him in the Electronic dance scene, Madrid’s DJ Producer; Julian the Angel is now regarded as Spain's most popular International DJ playing Funky House, Tech House and Commercial House music. An official DJ and Producer of Blanco y Negro Music and MTV Spain, and supported by both, he produced the main track Celebrate of the well- known TV show "Gandía Shore". His productions are included in the best compilations at the moment: Pioneer The Album, White and Black Hits, Annual, Privilege Ibiza, This is EDM, Pacha Ibiza & Miami-Amsterdam-Ibiza to name a few. He is a Joy Eslava resident DJ playing at the weekly Millionaire party and Supermartxe World Tour resident DJ. He is the only Spanish producer who had three No. 1 successes in the Beatport International chart with "Jaguar Remix", "Sweet Child of Mine Remix" and SambaPiano. More successful hits are the co-production with Jesse Garcia "Moixa" and Dario Nunez "Tokyo", both of Sunny Recordings. Other productions that have aired in the most important radio stations, nationally and internationally, have been "I Like your Boom" & ‘’ Turn it Up" with the vocal collaboration of Anabella (The Voice Spain) and Rocky Rock (The Black Eyed Peas), both under Blanco y Negro Music label. In addition, he is one of the official DJs for remixing the "Say yay" of Barei from Eurovision 2016. He was the host of the TV program "Welcome Music" in ÍberoAmérica TV and the Radio Broadcaster of the famous Loca Fun Radio. Julian the Angel recently played at the famous House music venue Lightbox London last 5th May 2019 at the Space London party where he was the event's Headlining DJ and supported by 2 rooms of DJs. Now managed and mentored by a popular London PR Expert & House Music Promoter, Julian the Angel is working on numerous special projects and upcoming gigs at present. With a Global network behind his DJ career, the public can only expect dynamic and exciting collaborations for the duration of 2019 and beyond.