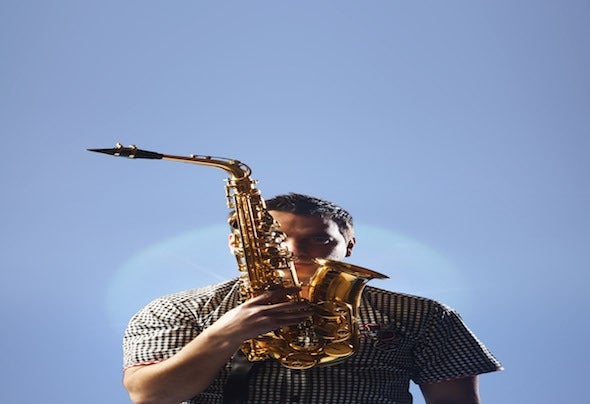 Kuka Morales - Bora Bora Ibiza(Live Saxophonisht - Percussion - Guitar) He entered the musical world when he was 16 by landing gigs at several popular clubs around Andalucia. After djing for a few years he decided to change his focus from turntables to real musical instruments. The saxophone caught his attention and he taught himself. His unforgettable style has caught the attention of several promoters such as: Pacha, Bora Bora, Maxima Fm, Satisfaxion, Oh Marbella, and Natural among others. He has also shared the stage with artists such as: The Prodigy, Carl Cox, Frankie Knuckles, Oscar Mulero, Cesar de Melero and many more. He currently works with John Jacobsen (Pacha). In 2012 they made a Bob Marley remix, and was featured as a musical collaborator in , Milk & Sugar (Ibiza Diamond Records), Deep Josh, 2020 Vision, Pacha Recordings, others. In a live setting his confidence, sound and elegant improvisation make him a truly unique saxophonist.