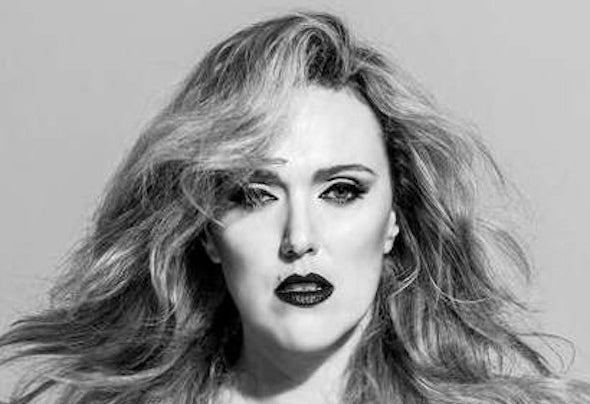 Spanish singer daughter of Andalucian parents. Her mother, a Flamenco Singer “cantaora” raises her in the sine of a musically baptised family. From a very early age Mar showed an inclination for the artistic world and devoted nine years of her life to dancing. In 1992 Mar was part of the opening ceremony of the Olympic games held in Barcelona colaborating with Cristina Hoyos. Through the years though, she discovered that her true passion was singing so she left the Dancing world to begin her studies as a professional singer and devote exclusively to music, studying in several Singing and interpretation schools in Barcelona. In December 2004 Mar sings at the Kick Boxing Championship at the “pabellón Olimpico de Badalona” for more than eight thousand spectators. Her powerful voice has Shined bright and intenselly in the most remarkable national clubs and has performed throughout the world in big cities and countries such as Italy, France, Bucharest, Prague, Germany, Russia, Argentina or Colombia amongst many others. She has performed in I´M SASHA FIERCE tour by BEYONCE´s after party at the Red Sea, Egypt Two consecutive years as resident singer at Pacha Barcelona and in one of the most important clubs in Andalucian coast, DREAMERS MARBELLA. Part of CAFÉ OLÉ IBIZA tour both national and international in 2012/2014 Recently shared Marquee with Don Omar in Bogota and Medellin (Colombia ) and has been a featured artist in MINISTRY OF SOUND in the colombian capital. Several times nominated for best live act and best live vocal performance in Dj Mag by Living Barcelona Dj Awards. Mar Shine has a great blend of musical influences not defined by just one of them though she loves the great diva´s of the 70´s and the black voices of soul, Jazz and blues. Her last hit, This is the one was produced by Albert Neve one of the best national producers. Mar Shine is restless in her personal challenge to transmit through her voice feelings to everyone who listens to her. Her glamourous image is unique and also powerful transmiting a sensation not easilly mathced by anyone and only undesrtandable after seeing her in action.