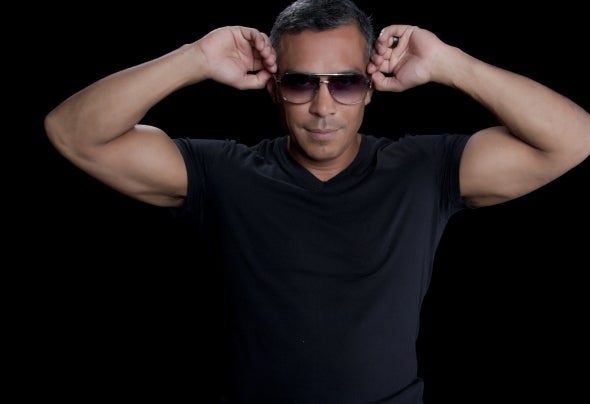 The thunderous beats of New Yorker Tony Moran have resonated throughout clubs and arenas around the world, and have dominated the Billboard dance charts for decades. When artists like Mariah Carey, Whitney Houston, Madonna, Beyoncé, Britney Spears, Rihanna, Mary J Blige, Janet Jackson and Jennifer Lopez want to tear up the dance floor, they call upon the top-ranked DJ and Grammy-nominated producer and remixer for The Moran Sound --- hard hitting tribal house anthems infused with the latest cutting edge sounds in electronica.Moran, however, is more than a man that works the DJ booth and studio. An accomplished singer and songwriter, Moran has released a number of independent singles and CDs throughout his three- decade long (and counting) career. His latest offering, entitled MAGIC is a universal embrace of soul, sympathy and conviction. MAGIC has been two years in the making, and follows hot on the heels of his previous tour de force double dance CD, THE EVENT. The lead single from MAGIC is You Are, an original Moran composition featuring powerful vocals by Frenchie Davis.EARLY ROOTS Drawing strength from the challenges of his childhood surroundings in Brooklyn, Moran capitalized on the melting pot of creativity that lay before him in the form of music. It’s hard to say whether Moran discovered music or music discovered Moran, but after naturally gravitating to the DJ tables and attracting partygoers by the hundreds to his gigs, Moran himself got discovered by a program director of a prominent radio station in New York City in the early 80s.Buoyed by local buzz, Moran, at age 19, struck a fateful collaboration with producer Albert Cabrera. Dubbed The Latin Rascals, the pair fused the latest dance beats with hints of their Latin heritage into an explosive freestyle mix of club music. The result: the million-plus selling dance topper and pop smash, Show Me by the Cover Girls.This success opened the floodgates to producing and remixing work for a variety of artists ranging from Run-DMC and LL Cool J to The Beach Boys and Diana Ross, who struck gold on the dance floor with the Latin Rascals’ magic touch. The duo, with Moran on lead vocals, also busied themselves performing live in clubs and stadiums across the country.FLYING SOLO Heeding the call to develop himself artistically as an individual, Moran went on to write, remix and produce albums and songs for a range of acts as diverse as Michael Jackson, Gloria Estefan, Cher, Luther Vandross, Patti LaBelle, Celine Dion, Jennifer Holiday, Jon Secada, Barry Manilow, Kenny G and even the London Symphony Orchestra.Not to be left out, of course, are club queens Deborah Cox, Kristine W, Suzanne Palmer and Inaya Day, who have all churned out dance smash after dance smash with Moran at the helm.With more than 800 titles, dozens of Top 40 pop hits and countless No. 1 dance singles to his credit, the two-time Grammy-nominated Moran shows no signs of slowing down. Driven as ever, but imbued with the creative freedom to develop and evolve his trademark sound on his own terms, Moran -- like his contemporaries and role models Paul Oakenfold, Tiesto, Bob Sinclair and David Guetta -- is taking his music across the globe from the Americas to Europe to Asia and back.With Moran, the beat goes on.