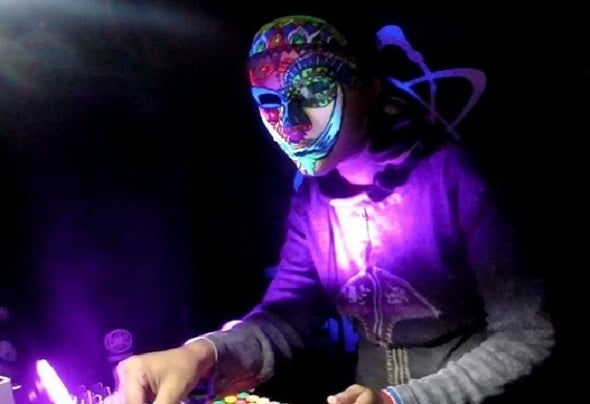 Shidarun Asaka started djing in 2003 and played psytrance, house or techno in various places (The Scene Bastille, 4 Elements, Pulp...). Then, from 2006, she decided to create her own pieces. In 2008 she met the Canadian artist Unknown Option with whom she composed. The latter then signs on the French-Canadian label Once Unlimited 2 EPs, well received by critics. In 2012, Shidarun Asaka became the director of Once Unlimited and continues to produce house, techno, minimal, electronica tracks that regularly appear on various compilations. Since 2015, she has signed 3 French producers. During the summer of 2013 she also created the Big Jaws Recordings label, designed to market experimental music, ambient, downtempo, classical and hitech psytrance. Since 2015, she has been a resident of the radio show "Your Soul Is Deep" which presents news and informations about collectives and / or djs / producers who are invited during the 4 hours of broadcast. In 2019, she decided to return to her favorite musical current : trance. She released "Vezad" (Goa) and "Ataraxia" (Hitech) and made her 1st live in hitech psytrance for the evening "Digital Trance 10". Now, as she likes to vary her musical creations, she will alternate electronic productions for the label Once Unlimited with the more classical and / or psytrance (hitech mainly) / experimental ones on the label Big Jaws Recordings. Shidarun Asaka also performs live set only in hitech psytrance, her favourite music.