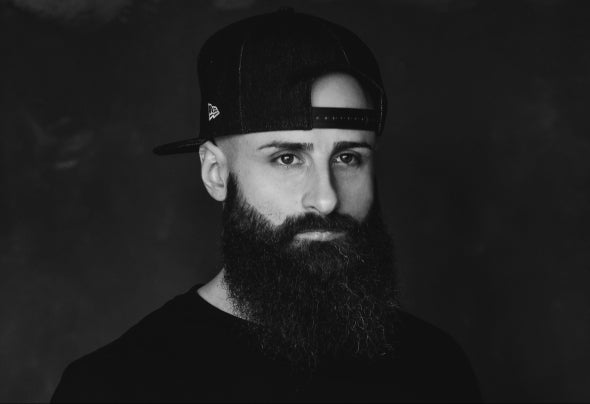 Audioframes (Codrut-Calin Breaz) was born in 1986 in a family of artists. His father was a guitar player and his mom is a retiredballerina. He first connected with a drum set at the age of 7. He developed great skills at playing the instrument and at 14 wasplaying the drums professionally. He was self thought until he started studying jazz and pop music at the National University of Music in Bucharest.Although he was fascinated by electronic music from a young age, he got into techno music in the mid 20`s. From this taking thestep to the DJ booth and music production was a natural development in his career. He was part of a romanian live techno act called Kodeera and had 4 releases with their small independent label Random Pulse Records and one release with the well known Reload Records. They also featured on several compilations.Kodeera shared the stage with famous names of the techno scene such as: Sasha Carassi, Marc Houle, Sinisa Tamamovic, Mladen Tomic, Stiv Hey, Sudo, Egbert, Carlo Ruetz, Carlo Lio, Bart Skils, Enrico Sangiuliano, Mind Against, Sam Paganini, Cristian Varela. After three years of working and growing together, Kodeera members went on to work on individual projects and Audioframescame to be.His passion for techno music gives him means to express himself, to construct and deconstruct rhythms, sets, records and to get in touch with his emotions and connect with the outside world.