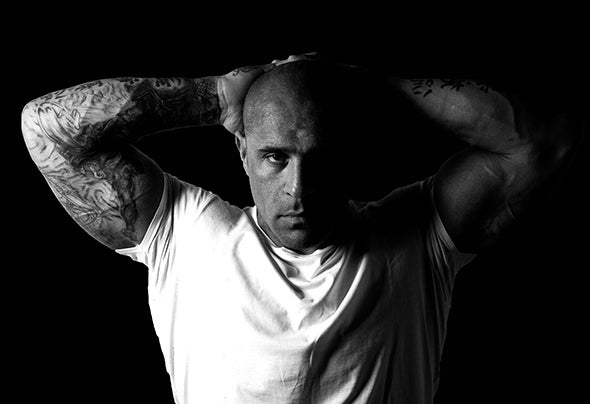 South African DJ/Producer BenchPress, “The World’s Strongest DJ” is as known for his uplifting and magnetic energy as he is for his physique as the result of a background in competitive bodybuilding.As an internationally touring DJ mark has travelled the globe. He has toured Mozambique, Zambia, Mauritius, Namibia, and Zimbabwe and Botswana. Making his international debut at the F1 Grand Prix Opening Parties in Bahrain, he has since created epic and unforgettable sets at the Cocoon Lounge Bahrain, Kadoc in Portugal, Z Club in Bahrain, The Mass Club in London and The Escape Club in Wales.Playing MIXES That make the hairs on your arms stand up and your body move uncontrollably, mark takes you on an epic journey with his deep and biting sounds, allowing you to taste a little something from all over the world; past, present and future soundbites.The ultimate music curator, he effortlessly delivers many styles of Techno. Fusing worldwide sounds and creating music that can transport you to the far corners of the planet, or a dance floor deep in basement, BenchPress can make the speakers seem to swelter, sweat and ooze bass.An essential name headlining South African festivals such as Ultra South Africa, Octopia, H20, Aquafest and Colourfest, Mark has billed alongside industry greats including Hector Couto and Pleasurekraft.BenchPress is a big upcoming Techno Producer and DJ and has every intention of delivering an unbelievable performance and always remaining true to his passion in Techno.Managed by Tone ArtistryBookings: brigitte@toneartistry.co.uk