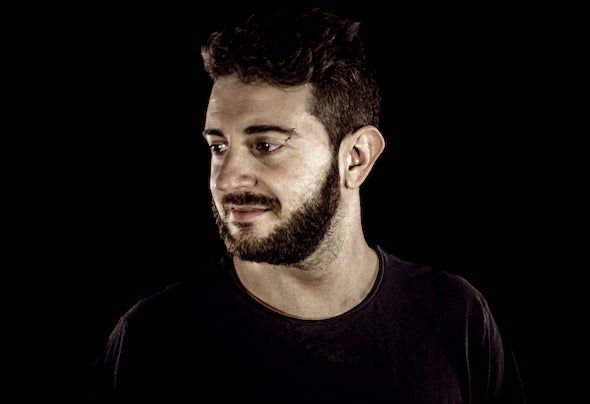 Devid Dega class 1985, from Italy, working as a Dj from 2003. He has first met techno when he was a kid, and his older brother took him to the clubs, where djs such as Marco Bailey, Vitalic or Luca Morris were playing the most amazing sounds.his interest in music and clubs grew up, and he realized that he wanted music to be the center of his life.At first he played in some clubs around Venice and north-east of region. After several experiences as resident DJ he starts to organize one nights and later working in artistic management; eventually, he was in charge of the whole general management of the clubs where he began his career.In 2009 he started his career of producer tooHe's computer obsessed, gear-maniac beat makers who at some point has released on Amazing Records, With which he had the first great successes, and on several established super labels like Mb Elektronics (Marco Bailey),Tronic (Christian Smith), Alchemy (Mauro Picotto), Agile (Uto Karem), IAMT (Spartaque), Transmit (Boris), Driving Forces (Sutter Cane), Pornographic (Cristian Varela), Unity (D-Unity).  The result is nothing short of spectacular, with his productions he has reached the top positions of the charts of all over the world, and his tracks are played from Artists like Adam Beyer, Dubfire, Richie Hawtin, Cristian Varela,Maceo Plex, Ramon tapia, Veerus, Spartaque, Uto Karem, Ramiro Lopez, Amelie Lens, Umek, Loco&Jam, Mauro Picotto, Eddie Halliwell, Umek, Mark Knight, Sam Paganini, Dr Motte, Skober, Sinisa Tamamovic and many others.  His hits brought him to play in the rest of Italy and around the Europe, and South of America. Other labels were he released: Riot, Misfit, Bitten, Analytictrail, Say What, Funk’n Deep, Orange recordings, Stick recordings, Frequenza, La Famiglia recordings, Le Club, Night Light, , Ground FactoryOscuro Music, Black Kat